A new survey in the UK has named Meghan Markle as the “most unfairly treated person of 2019.” If you’ve been following royal news this year, this probably doesn’t come as a huge shock to you. It’s been quite a year for Meghan Markle and Prince Harry!

A spokesperson for PlayOJO, who conducted the survey, shared that, “We’re keen to re-address the 2019 balance and not only acknowledge Meghan Markle’s tumultuous year, but offer her some respite. Whatever you think of her, the majority of us Brits clearly agree on one thing – she’s had a pretty tough year.

Ever since her relationship with Prince Harry became public, she has become the victim of severe and often unjustified criticism. It’s no surprise the nation thinks she’s been the most unfairly treated person of 2019.”

PlayOJO also asked respondents what they think could be done to make sure Meghan has a better 2020. The spokesperson noted that “Answers ranged from giving her some down time to simply getting her a drink.”

So much happened this year with the royal family that it might be hard to remember everything that Meghan and, by extension, Prince Harry dealt with on their own. Here are 11 moments from 2019 that truly do show it’s been quite a ride for the duo.

Please Share On Facebook/Pinterest 11 Moments That Might Explain Why Meghan Markle Is ‘The Most Unfairly Treated Person’ Of 2019 Clicky News LittleThings. 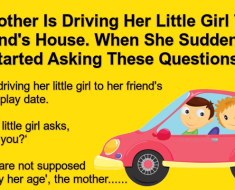