The human skin is considered the largest organ in the body. It’s the most visible part of your body. We often underestimate its importance until we start noticing its camouflage to red skin. Remember when you were a teenager fighting off that stubborn acne?

Skin redness is likely to tamper with your peace of mind. Various skin conditions could be the probable cause to the redness in your skin ranging from infections, underlying health conditions, allergies to certain foods or items, and accidents such as burns. Skin redness varies from mild to severe, depending on the skin’s condition.

The abnormalities may trigger panic, especially if they tag along with other problems such as inflammation, painful sores, or skin peeling. Before proceeding with home care treatments, you might want to dig into this piece and find out some of the most common reasons for skin redness. So, what’s causing your skin to light red?

Sunburns are common among people who spend a lot of time in the sun without adequate protection. The sun emits powerful ultra-violet rays that damage the skin’s surface. The body reacts to this skin damage by redirecting more blood to the burnt area to repair the damage left by the sunburns.You may experience extra tenderness, blisters, skin peeling, and itchiness on the burnt area. Consider investing in high-quality sunscreen to prevent red skin. Other remedies include wearing protective wear, staying under the shade when the sun is too hot and applying sunscreen appropriately.

Your face may be Rosacea’s first target. It manifests itself in the form of redness on the forehead, chin, cheeks, and nose. If left untreated, the skin condition continues to intensify, and blood vessels may become apparent.

In some rare cases, you may notice skin redness on the back, chest, and neck areas. Rosacea may also affect eyes, making them look bloodshot and watery. Individuals with developing Rosacea may also have red solid bumps or pimples filled with pus. Experts recommend medical therapy to manage the signs and symptoms of Rosacea, as there is no known treatment.

People are different and have various reactions to drugs. You may experience an allergic reaction to medications such as:

If you take medication and begin to see skin rashes, hives, swelling, and skin itching, allergies could explain these reactions. Due to the response of the skin by swelling, itching, and rashes, your skin is bound to become red. Avoid medication that triggers allergic reactions to prevent the occurrence of anaphylaxis.

It is a potentially severe bacterial skin condition. The infection subjects the skin to appear red and swollen. Most patients complain of pain and warmth in the affected area. Cellulitis appears typically on the lower legs, arms or face.

If left unattended to, the skin will continue to crack open, inviting bacteria to breed on the inflamed area. The bacteria may spread to the bloodstream and lymph nodes which passes the fatal line. Do not ignore skin redness if it tags other severe symptoms such as fever, fatigue, chills, drowsiness, and cold sweats.

Lupus isn’t necessarily a skin condition, but it can trigger skin redness. It is a chronic autoimmune condition that forces the immune system to attack specific body organs and tissues. In some cases, the targeted body organ is the skin.

You may notice rashes on the scalp, face, and neck once lupus begins to develop. Normally, the skin redness appears in butterfly shapes that are swollen. The redness, swelling, and inflammation range from mild to severe, depending on the progress of lupus.

This is yet another chronic autoimmune condition that triggers rapid and unusual production of skin cells. People with psoriasis usually will have a type of scaling accompanied by redness on the skin’s surface. Individuals may also complain of inflammation around the scales.

Psoriatic patches manifest themselves on the skin in whitish-silver colors and gradually develop into thick and layered, red patches. In some cases, the spots may break and begin to bleed. These scales tend to occur on the scalp, elbow, and knees and may appear and disappear in phases. Consult a specialist of the best natural remedies for psoriasis and put the red skin to an end.

Also known as Herpes Zoster is a skin condition that homes a dormant chickenpox virus in your nerve tissues. Infected individuals may exhibit localized pain and blistering rash as one of its earliest symptoms. The shingles rash can be painful and itchy, causing skin redness in apparent shades.

The rash typically lasts anywhere between two to four weeks before making a complete recovery. According to experts, shingle rashes are quick to diagnose due to their unique formations and appearance. Shingles only affect people who have had chickenpox in the past.

Heat rash is quite common across all age groups, especially babies. The skin condition occurs when the skin’s sweat glands get blocked and prevent the sweat from being excreted through the pores. The accumulation of sweat in the glands becomes toxic, resulting in a painful rash.

Common signs of a heat rash include red bumps on the skin and itchy or prickly feeling. Due to inflammation and itching effect, the rashes appear as reddened skin accompanied with tiny blisters. Often, heat rashes develop in areas of the skin that fold such as groin and elbow creases.

According to dermatologists, the term dermatitis is a general word used to refer to skin inflammation. Your skin will appear red, swollen, and dry. Although dermatitis isn’t contagious, the redness on the skin, pain intensity, and dryness vary among people.

There are multiple types of dermatitis in which some are more prevalent among children and others in adults. Some types can last a long time while others just appear and disappear only when triggered. Dermatitis skin conditions are common but can easily be mistaken for other infections. Consider going to an expert for an accurate diagnosis.

Aside from sunburns that we earlier discussed, there are other ways to contract burns that trigger redness in the skin. They include:

Any of these kinds of burns mentioned above can cause red skin in all their forms. Doctors classify burns according to their severity ranging from first-degree, second-degree and third-degree burns come last as the most severe. The pain and redness in a first-degree burn should subside after a few days.

No one plans to play in the grass and get stung by bees. Insects, wild animals, or birds could inflict bites. Depending on the type of insect or animal that bites or stings you, an irritation from the poison injected into your skin could follow. You will notice swelling, soreness, itching, and redness at the site of the bite or sting.

Even in the absence of toxin in the sting or bite, you will feel some pain in the affected area and adjacent muscles. The redness should be apparent around the sting or bite mark. Consider taking an antihistamine to calm down any allergic reaction triggered by the toxin from the bite or sting.

Scarlet fever frequently affects kids with strep skin infections and strep throat. The strep bacteria are notoriously known for making a toxin that causes red skin and an abnormally bumpy rash. With time, the rash covers most of the skin.

The scarlet fever rash epitomizes a severe sunburn but with added bumps whose texture feels like sandpaper. The rash may accompany an itch and could go away after about six days in which the skin begins to go back to normal skin color.

A final note on the causes of red skin

Developing red skin isn’t always an alarming symptom. Sometimes it’s mild from staying out in the sun that can quickly go away from applying sunscreen and moisturizers. However, skin conditions shouldn’t persist for extended periods.

However, you should take action if the redness on the skin is stubborn, covers large skin areas, and spreads rapidly. Also, if the skin condition tag other unusual signs such as pain, fever or shows signs of an infection such as pus alongside redness, seek help immediately.

Some conditions appear in returning cycles. Many people will ignore such infections. Pay attention to every skin abnormality and seek remedies to treat the condition for good. Everyone wants good, healthy, and glowing skin. 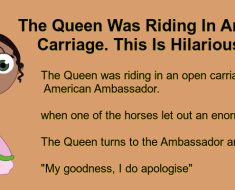