Home
Life Stories
120,000 Ribbons Hover Where The Berlin Wall Once Stood To Mark The 30-Year Anniversary Of Its Fall


Nowadays, we know better how to build a wall, than how to tear it down. Isolation is common in the modern era, in both, individuals and nations, but once, people did their best to reunite.

On November 9th, Berlin celebrated the 30th anniversary of the Peaceful Revolution and the Fall of the Berlin Wall.

On this day, in 1989, German officials decided to let residents of Communist East Germany cross over and visit the Western, democratic half of the divided country. Even though the complex process of physically and ideologically reunifying the country took about a year in total, November 9th is considered a landmark day.

As always, art conveys the most powerful and intense emotions. The peak of the celebration was Patrick Shearn’s and colorful motion art installation by his Poetic Kinetics team, made of 120,000 colorful fabric ribbons.

It was titled Visions in Motion, and was set up in front of the Brandenburg gate in Berlin, stretching along the walkway away from it.

Some of their most popular gigantic installations include Escape Velocity, Solar Sunflowers, and Caterpillar’s Longing.

“Poetic Kinetics brings an adventurous & enthusiastic spirit, expansive experience with diverse technologies and materials, and a deep commitment to top-notch production value to each new endeavor. We are known for embracing challenges with innovative problem solving and open-minded collaboration.”

Kulturprojekte Berlin approached Patrick Shearn and the team to create a moving sculpture that would serve as a symbol of the unification of the German people.

“In light of the state of affairs in the world today, I feel it is a time to be bold, gather together with a unified voice, and throw our shared colors and our dreams skyward for the world to see.”

Visions in Motion involved 120,000 colorful ribbons that had messages of greetings, wishes, and hopes on them

The sculpture swayed in the wind, creating a beautiful wave.

A statement from Poetic Kinetics explained that “the artwork’s rectangular shape conjures the form of the wall; but instead of a heavy, impenetrable border, the form takes flight.”

The work of art came in the form of 120,000 colorful ripstop nylon and reflective fabric streamers. A quarter of them had handwritten messages from Germans and the global community, that expressed their greetings, wishes, memories, and hopes.

About 9,500 feet of rope was used for the installation with over 1,250 hand-tied knots.

The vast art installation symbolizes the unity of the German people

Visions in Motions was a part of a larger event, the Berlin Festival Week, which took place on November 4th through the 10th.

Visitors took part in various activities, events, and exhibitions spread across many historical locations to commemorate and celebrate the 30th anniversary of the Peaceful Revolution and the fall of the Berlin Wall.

Poetic Kinetic released a video for the Visions in Motion moving art installation: 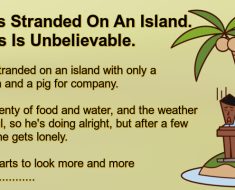