Cats are elegant, furry, majestic, and funny. Yet, I know a few people who claim they do not like cats and doubt their good-natured personality.

I believe the advantages of having a cat far exceed the negative sides and people who have been persuaded to start liking these adorable creatures confirm it.

This was the case with the father of a Twitter user Ruby’s (@roobeekeane), from London. He quickly changed his mind as soon as they got a cat, even though he opposed the idea, and now, he spoils their cats more than anyone else.

Ruby tweeted photos of her father and his new friends, and numerous people agreed, telling their own similar stories.

Ruby explained that her father is funny, caring, and kind, but after the death of their old cat in 2018, he said that he wanted the family to have a year off from having another one.

However, Ruby and her mother have already put down a deposit to adopt two kittens.

“You adopt a cat knowing their lifespan is shorter than yours and you’re probably going to be very sad at some point. But the joy and friendship they bring is worth the heartbreak.

After our old cat died, I think my dad forgot how fun it is to have cats. Also, Lucas and Dustin immediately loved him and sat on him for hours so he didn’t have a choice but to bond with them.”

Here is how she described the felines in one post:

“Lucas: obsessed with the kitchen tap, brings spiders in through the cat flap as presents

Dustin: a sweet prince, nicknames are Mariah Carey and Ariana Grande because he has a squeaky high meow”

Ruby initially tweeted a picture of her father showing one of the cats, Lucas, ‘every item of the weekly shop because “he wants to see what we’ve got”.’

She then posted other photos of her dad, standing out in the rain, protecting their two cats, Dustin and Lucas, with an umbrella, and building them a sandpit and paddling pool.

You can follow the adventures of Ruby’s cats on @CoatedSphynxBoiz. She claims her father’s popularity does not mind him, but added that it was different with her cats:

“I showed Lucas Please Share On Facebook/Pinterest and he batted my phone out of my hand and sniffed it a lot. I think the fame has gone to his head.”

Ruby’s father is not an isolated case, there are forums dedicated solely to fathers who went soft as soon as their pet stepped into their lives.

There are forums dedicated solely to these fathers who reevaluated their feelings for animals the moment they stepped into their lives.

Scroll down to see more people who went soft after they met their new pet: 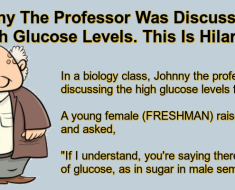