Home
Life Stories
4 arrested, 1 at large after SUV carjacked with 3 children inside on North Side

CHICAGO — Four people are in custody and one person remains on the loose after an SUV with three children inside was carjacked on the North Side, police said.

The incident happened around 11:20 p.m. Sunday in the 3100 block of West Devon Avenue outside a Domino’s Pizza in West Rogers Park. A 49-year-old man left his Toyota Highlander running with his children — ages 4, 9 and 16 — inside as he went into the pizza chain.

Police said a stolen black Toyota Camry pulled up, the passenger got out and jumped into the Highlander’s driver seat — and drove off with the children inside.

The carjacker drove just four blocks before ditching the SUV with the three children in the 3500 block of West Devon. Police said the stolen Camry came back around and picked-up the carjacker, then took off.

Authorities responded and the children were reunited with their father a short time later. The three children are unharmed.

The offender’s car was found at a gas station in the 4200 block of West Lawrence Avenue, and four suspects were arrested. The driver of the Camry is still at large. 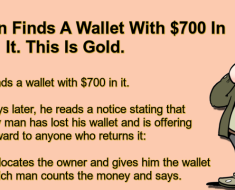