If you are one of those people who don’t believe in miracles, you will have a hard time keeping those beliefs after reading this fantastic story!

Whenever anybody hears that someone is suffering from cancer, they start having the most pessimistic thoughts almost immediately. And, cancer can be a deadly disease. But, there are some cases in which people beat the odds that are stacked against them.

That was the case with 8-year-old Cameron Scott. The odds were surely stacked against him because of the fact that he was battling a rare kind of cancer. But, he pulled through and defied the odds, and that’s when he proved that no matter how bad the case is, there should always be hope. Cameron was diagnosed with medulloblastoma, it is a rare form of cancer, and Cameron’s parents were sure that they would never give up. 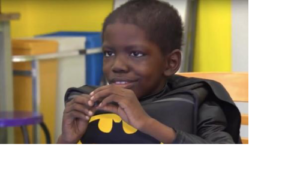 Signs of this deadly disease started appearing after Cameron took a nasty fall down their stairs. Then, his mom Tamika and his dad Wendell were concerned after their kid started complaining about constant back pains. They took him to a hospital, and there they found out that a tumor has started growing at the stem of Cameron’s brain and moved down his spine and corrupted his body. 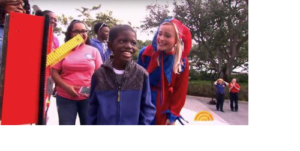 Even after realizing how bad the case with their son was, the parents weren’t going to stop the fight. They were ready to do just anything to save their kid’s life. And, so they did! They took him to the famous St. Jude’s Children Research Hospital, where they did some researches. And only a year after, they came with positive results about his condition.

The hardworking and fantastic team working at St. Jude’s was smart to isolate the type of cancer Cameron was suffering from, and then made a plan for the treatment.

Cameron was the youngest child of the six that his parents had. So, the news about him suffering from cancer, got everybody concerned. But, all of them were decisive that they were going to help. They immediately dropped whatever they were doing and focused on the priority, helping Cameron get better as soon as possible.

Despite the fact that the whole medical bill was a bit expensive, Cameron’s family is happy to announce that their super-hero made it through and eliminated the deadly disease.

Make sure to share this amazing story full of courage and love with your friends and family on social media.