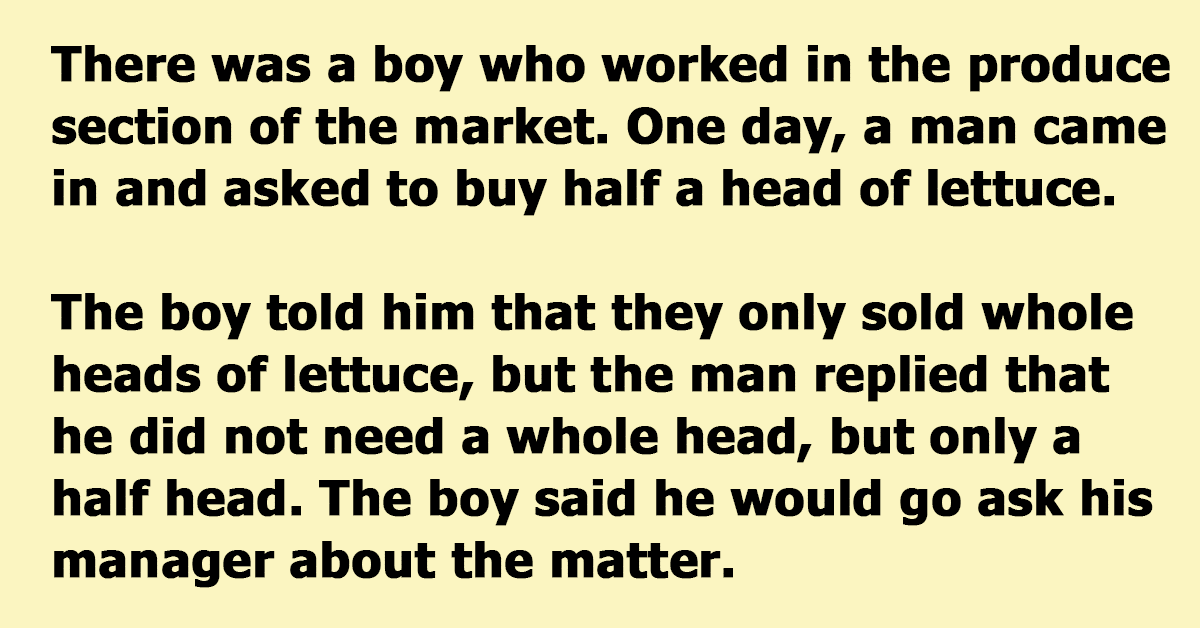 There was a boy who worked in the produce section of the market. One day, a man came in and asked to buy half a head of lettuce. The boy told him that they only sold whole heads of lettuce, but the man replied that he did not need a whole head, but only a half head. The boy said he would go ask his manager about the matter.

The boy walked into the back room and said, “there is some dude out there who wants to buy only a half a head of lettuce.” As he was finishing saying this he turned around to find the man standing right behind him, so he added, “and this gentleman wants to buy the other half”. The manager okayed the deal and the man went on his way.

Later the manager called on the boy and said, “you almost got yourself in a lot of trouble earlier, but I must say I was impressed with the way you got yourself out of it. You think on your feet and we like that around here.

Where are you from son?” The boy replied, “Canada sir”.

“Oh really? Why did you leave Canada?” asked the manager. The boy replied, “They’re all just tramps and hockey players up there.” The manager was shocked and replied, “My wife is from Canada!!”

The boy replied, “Really! What team did she play for?”