Home
Life Stories
A giver should always have his limits

Human beings never get satisfied or tired of collecting.

Many people have this mindset of givers never lack, what about takers.

We focus so much on people that give, and never worry about takers.

You see many times when those givers refuse to give or reach their limits; they are tagged stingy and inhumane.

This pandemic has taught me a lot and how saucy humans can be.

Many times, palliatives have been shared to people across the state, many people who are better off than others always try to help out in little ways they can.

I have heard and seen a lot.

At the onset of the lockdown, people had no food or water because the lockdown took everyone unawares.

A woman took her time to prepare food for people living in the neighborhood.

People came out and accepted it n good hearts. Things were moving slowly until my eyes caught the attention of a lady, who was making a video criticizing the food.

Her reason weren’t anything apart from her not liking the beef that was served with the food, she said she prefers pork.

Well, humans can be very dramatic.

The second experience was a woman who did a giveaway on one social media platform.

One took it upon herself to drag the giver into her mud; telling her the amount she received can’t do much and could have been better if she never made any attempt to give at all.

Most times, takers see it as their right to receive from people as much as they can get. If you are a giver, learn your limits because takers don’t have any.

Please Share On Facebook/Pinterest A giver should always have his limits Clicky News Shortquotesworld. 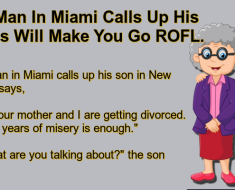