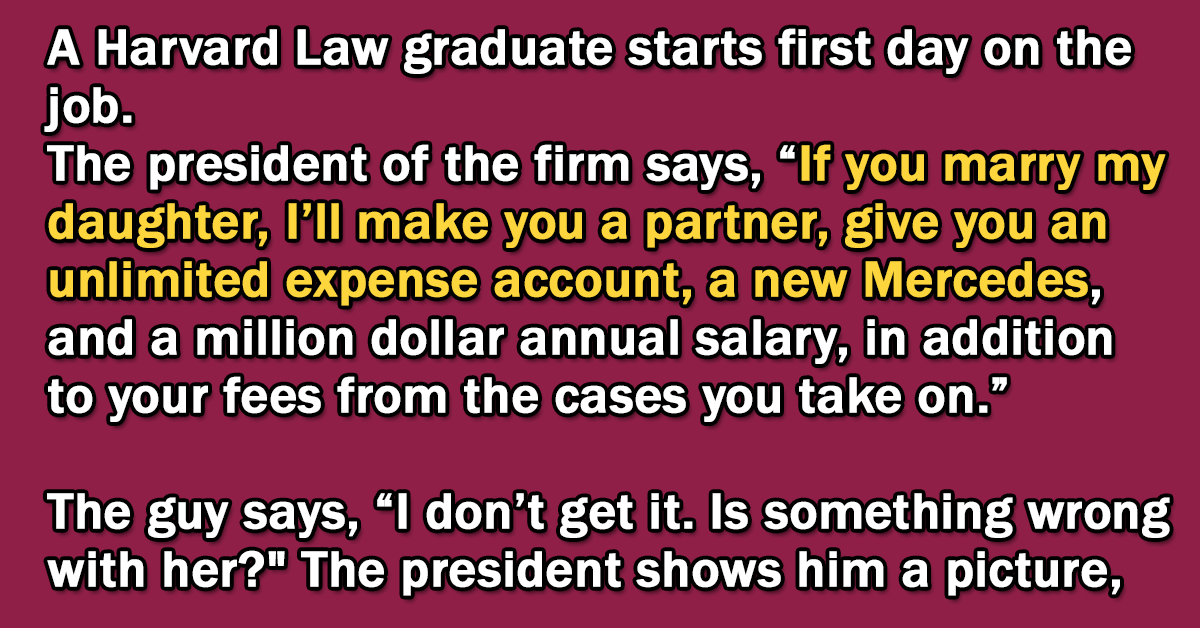 A Harvard Law graduate starts first day on the job.
The president of the firm says, “If you marry my daughter, I’ll make you a partner, give you an unlimited expense account, a new Mercedes, and a million dollar annual salary, in addition to your fees from the cases you take on.”

The guy says, “I don’t get it. Is something wrong with her?” The president shows him a picture, and she’s hideous. The guy’s never seen anything like her.

The president says, “I know, she’s tough to look at. I could never tell her to her face, though. Also, it’s only fair to let you know she’s as dumb as a stump.”

The president says, “I’ll give you a five million dollar salary, a new Mercedes every two years, and I’ll build you a mansion on Long Island.” The guy accepts, figuring he can put a bag over her head when they have s*x.

About a year later, the guy buys an original Van Gogh and he’s about to hang it on the wall. He climbs the ladder and yells to his wife, “Bring me a hammer.”

The guy says, “Get me some nails.”

The guy starts hammering a nail into the wall, he hits his thumb, and he yells, “F*ck!” 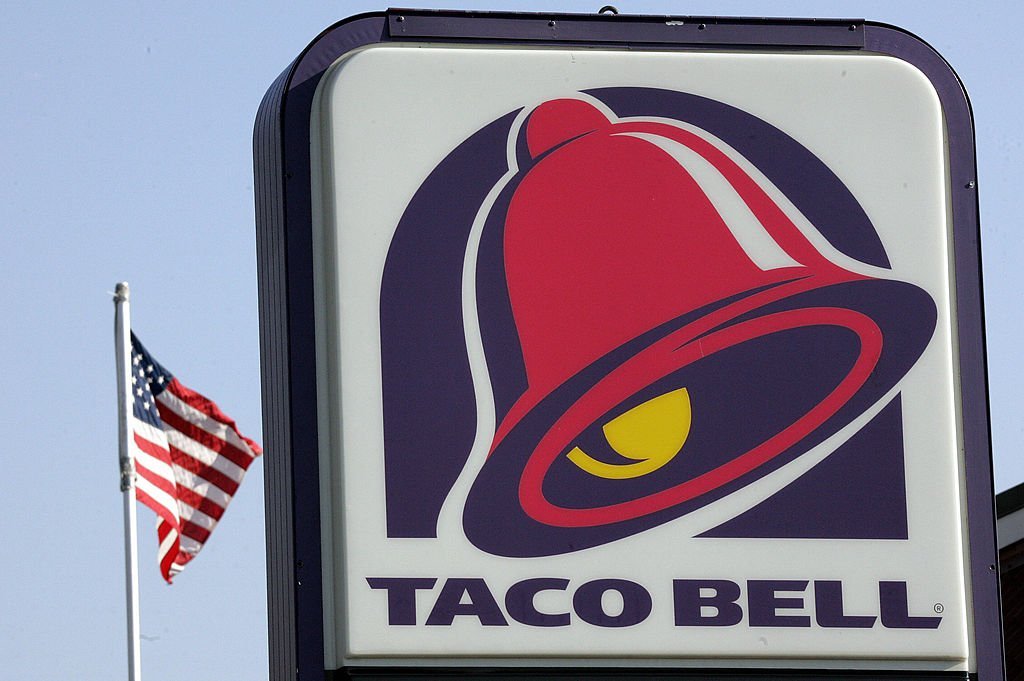