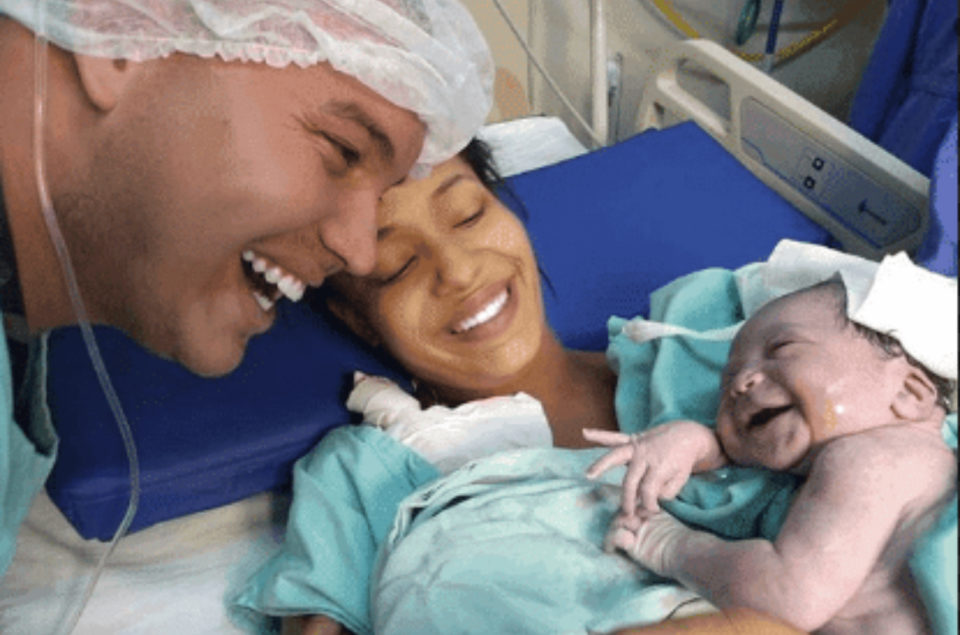 It is very common for soon to be parents to talk to their babies while they are still inside the mother’s body. Father do it and mother also. They might sing to them, cherish them or even talk to them when they see a bump on the mother’s tummy. But what if the baby can hear the voice and then recognize it after they are born? I know, it sounds kind of impossible right? But it can happen and it has happened in Brazil when a newborn girl smiled at her father when he talked to her. 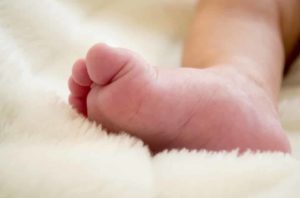 Flavio Dantas and Tarsila Batista were about to become parents really soon. Whenever Flavio would catch their baby girl throw kicks at her mother’s belly, he would talk sweet words to her and tell her how much he loved her. But he never thought that the baby would record his voice inside her little brain. When Antonella was born on 11th of August, everyone was so happy, especially the parents. The midwife gave the sleeping newborn to the mother Tarsila and Flavio bent over and started talking sweet, love words to his new daughter. 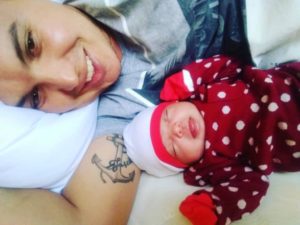 That’s when the miracle happened. The baby woke up, looked at Flavio and started smiling in the most innocent way possible. It was the kind of smile that just melts your heart. Maybe this is a sign that babies can record and later recognize the voice of the ones who talk to them while they are still inside their mother’s belly. For Flavio, this was one of the most beautiful days of his life