Home
Life Stories
After 55 Years, Man Learns He Was Kidnapped As Baby By Woman Pretending To Be Maternity Nurse

When he was 10 years old, Paul Fronczak discovered a pile of news clippings tucked away in his home. The headlines were all about him.

Paul sat there in a complete state of shock — reading the news that he’d been kidnapped as a baby.

In 1964, Chester and Dora Fronczak of Chicago welcomed a little boy they named Paul. When Paul was just hours old, a maternity ward nurse came into the room and told Dora that she needed to take Paul to see the doctor.

But the woman never came back… and as it turned out, she wasn’t a nurse at all. She was posing as a nurse, fled with the baby boy, and set off a tireless FBI search.

The following year, authorities found an abandoned boy in New Jersey with the same ear structure as the kidnapped baby in Chicago. They believed they’d finally found Paul.

The Fronczaks, thinking their hopes and prayers had been answered, quickly adopted the boy and raised him back in Chicago.

Paul, meanwhile, grew up knowing he looked nothing like his parents, while his siblings shared a family resemblance.

It wasn’t until Paul was an adult that he took a home DNA test and learning the shocking truth — his DNA did not match Chester or Dora, the parents who raised him.

Decades later, the FBI realized they had the wrong kidnapped baby all along…

Please Share On Facebook/Pinterest After 55 Years, Man Learns He Was Kidnapped As Baby By Woman Pretending To Be Maternity Nurse Clicky News LittleThings. 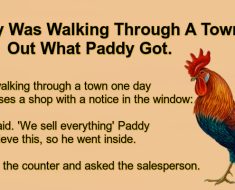 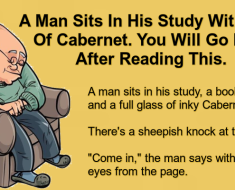