If you thought you’d seen the last of the Brady Bunch cast, you were way wrong. The crew got together in the name of nostalgia earlier this year for A Very Brady Renovation, which saw them transform the home used for outside shots of the show to match the interior sets they used. Now, they’re bringing the holiday spirit to that home with A Very Brady Renovation: Holiday Edition.

As the six of them got to work on decorating the home with some of their HGTV helpers, they recalled shooting Christmas episodes of the show as kids. “It felt off. It felt very strange because we were shooting in the middle of summer,” Eve Plumb, who played Jan, recalled to Entertainment Tonight. “So to be in my pajamas and holding an empty wrapped box felt very odd.”

The holiday is also a little bittersweet for the TV family. The last time that the entire cast, including Florence Henderson, Robert Reed, and Ann B. Davis, got together was Christmastime in 1988. They filmed the holiday special, A Very Brady Christmas.

“Whenever their names are brought up, I think it chokes us all up a bit,” noted Christopher Knight, who played Peter.

“And I think all three of them would be really happy to see us all together and loving each other,” added Susan Olsen, who played Cindy.

Not only is the Brady house getting decorated for the holidays in the special, but they’ll also come together to create a retro holiday feast picked right out of the 70s, with the help of Ree Drummond, The Pioneer Woman. 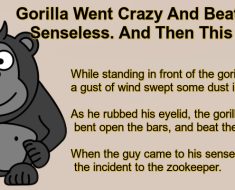