Home
Life Stories
An Elderly Patient In A Mental Hospital. –


An elderly patient in a mental hospital was being reviewed for possible release.

When asked what he would do if released, he replied,

“I am going to make a slingshot and come back here and break every damn window in the place.”

Obviously, his release was denied.

Six months later, the board was again considering his release and again asked him the same question.

His reply was the same.

“I am going to make a slingshot and come back here and break every damn window in the place”.

Again, he was turned down.

Several months later he was complaining to a fellow patient that he could never seem to get released.

The elderly patient asked him what he said when they interviewed him, and he told him.

“You will never get released with answers like that. You have to tell them what they want to hear. Let me give you some advice on how to answer them when they ask you questions.”

So, after considerable coaching, the man felt that he was ready.

So when the board met again, they again asked him what he would do if they let him out. But this time he was ready.

He said, “I am going to get a job, find an apartment, and settle down.”

He said, “I want to meet a nice girl and start dating.”

They agreed he was making real progress and asked, “And then what”?

“One night when we are alone in my apartment, I am going to make passionate love to my girlfriend. I am going to take her dress off, and then take her bra off and lie her down on the bed.”

“Then I am going to gently remove her panties,” he continued.

The board members were really getting excited now and asked,

“Then what are you going to do?”

He said, “I am going to take the elastic out of those panties, make myself a slingshot, come back here and break every damn window in this place!!! 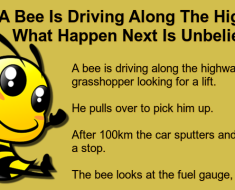