An office dog or a cat is nothing unusual in many large companies, and apparently, the idea is widely accepted. The pets-in-the-office craze has affected many, but some employers still fear that animals in the workplace might be problematic, distracting, and destructive.

Yet, pet owners are passionate about this, and apparently, they have a good reason for it. Having a pet around has powerful therapeutic properties, and it turns out that this is highly beneficial at work.

Wallaart & Kusse Public Affairs is one of the numerous Dutch companies who have a pet.

Myrthe Kusse explains that after Sammie, their office cat, ended up needing a new home, all colleagues decided to take the cat in the company.

Researchers at the Virginia Commonwealth University found that a dog at the workplace reduces the stress levels of employees. They took saliva samples and investigates the levels of cortisol. Findings suggest that by the end of the day, only those who had had a dog in their vicinity had low levels of the stress hormone.

According to Marie-José Enders, who studies the relationship between animals and humans at the Open University:

“It’s definitely good for the work atmosphere to have a dog in the office. Not only does your cortisol level drop when you stroke a dog; you also produce more of the hormone oxytocin, which makes you feel more relaxed and happy. I

f your boss is giving you a hard time, a dog can make it easier to put certain situations into perspective. You can just take a bit of space and walk the dog. An animal at work makes people more motivated — they like their work more and they experience less stress.”

Additionally, a 2016 study by Banfield Pet Hospital showed that 67% of employees who took pets to work claim that it made them more productive.

Esther Jonker has been taking her labradoodle Joep to work at the video marketing company TVMC for two years now, and she claims he drastically boosts the atmosphere there.

She adds that they all play with Joep when they have been very busy working on something, and maintains that this enhances their productivity and brings a lot of fun to the office.

Yet, she adds that the least popular thing about Joep in the office is the walking, especially in winter. Yet, both, Jonker and Kusse believe that office pets boost the team spirit.

“They reduce stress and increase productivity, mainly because they interact with you of their own accord and, when they pop over to your work station, it’s a good reminder that you might need to take a break.

You can give a colleague the responsibility of ensuring people get enough rest. They can tell you from time to time that you need a break or that it’s time for a walk.”

Spijkerman also adds that office pets are an excellent ice-breaker, so they can improve the relationship between colleagues and even with potential business partners.

Jonker agrees, adding that Joep is a part of their company, and many clients like him, give him biscuits and even Christmas gifts.

Kusse added that they send their contacts a Christmas card with Sammie on it, as she represents the company. She claims they cannot imagine their office without her, and if she weren’t there, they would have to get another cat.

Pets in the workplace are as popular in the United States as well.

The survey conducted by the American Pet Products Manufacturers showed that 17 percent of Americans work at pet-friendly companies and 23 percent believe this practice should be allowed in the workplace.

About 70 million Americans believe pets in the office lower stress.

Also, 46 million believe it would make the work environment more productive, and the study conducted by Christopher Honts and his colleagues at Central Michigan University confirmed it.

Murray Low, director of The Eugene Lang Entrepreneurship Center at Columbia Business School, says that by allowing employees to bring their pets to work, he lowers stress and inexpensively boosts their productivity.

Linda Goldstein Dunay, president of a marketing and public relations firm, supports the idea of having a pet in the office. She claims that allowing people to have their pets with them is a potent morale booster.

So, would you like to have your furry best friend by your side at work? 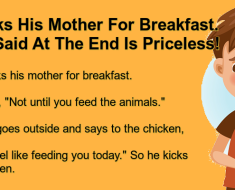