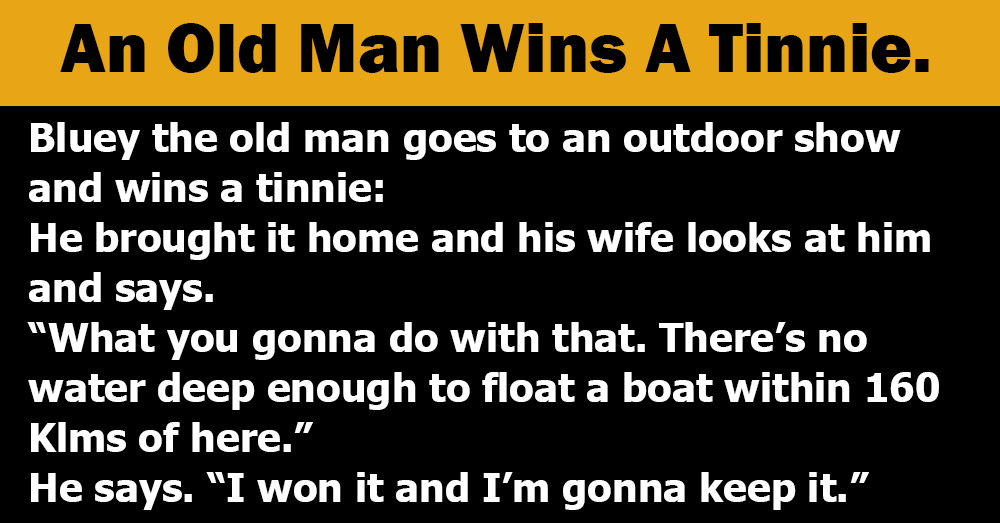 Bluey the old man goes to an outdoor show and wins a tinnie:
He brought it home and his wife looks at him and says.
“What you gonna do with that. There’s no water deep enough to float a boat within 160 Klms of here.”
He says. “I won it and I’m gonna keep it.”
His brother came over to visit several days later.
He sees the wife and asks where his brother is.
She says.
“He’s out there in his tinnie”, pointing to the paddock behind the house.
The brother heads out behind the house and sees his brother in the middle of a paddock sitting in the tinnie with a fishing rod in his hand.
He yells out to him.
“What are you doing?”
The old man replies.
“I’m fishing. What the hell does it look like I’m a doing?”
His brother yells.
“It’s people like you that give us country folk a bad name, making everybody think we’re stupid. If I could swim, I’d come out there and kick your a$s!”