Amy is the Director of Trending Content at LittleThings. After graduating from Florida State University with a creative writing degree, she moved straight to New York City to pursue a career in the arts. She loves discovering and sharing viral videos, watching movies with her Muppet-like poodle mix named Cali, and doing the robot whenever possible.

According to the Humane Society, there are tens of millions of feral cats in United States. Because they’re hard to tame, many of these nondomesticated felines cannot be adopted into forever homes.

As a result, they often end up living outside in colonies — but the harsh winter weather makes it incredibly difficult to stay comfortable and healthy.

Oftentimes, feral cats get overlooked in the cold winter season. One Utah man named Philip Rogich believes all living creatures deserve to have their basic needs met … and he’s on a mission to make a difference.

Philip can take an old, discarded cooler and, in five minutes, create a safe and cozy place in which several feral felines can take shelter.

It’s cheap and easy, and it can make all the difference for an animal in need.

Other supplies include a 6-inch drill bit, pipe insulation, Styrofoam, plastic, and straw. “Straw has been used for hundreds of years as bedding for animals and that’s because it has the ability to dry out,” Philip told KSTU. 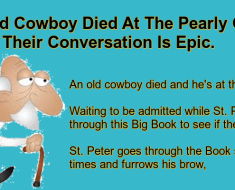