Home
Life Stories
Anna Faris Gets Candid About The Confusion Of Being Cheated On And Lied To: ‘Maybe I Am Crazy’

Anna Faris is one of the most down-to-earth celebrities you could ever dream up. She’s known for hilarious roles in films like The House Bunny, the remake of Overboard, and Just Friends, as well as the hit TV sitcom, Mom. While Anna is usually known for being candid and sharing her struggles as a mom, she hasn’t been that vocal about her relationships in the past. But she recently opened up about the experience of realizing she was being cheated on — something she hasn’t openly discussed until now.

She talked about what happened and how it felt at the time on this Sunday’s installment of her podcast Anna Faris Is Unqualified.  She shared to her guest, tattoo artist Kat Von D, that a partner from her past (no, she didn’t name names) was cheating but that it took time for her to listen to her inner voice and really believe what was happening. It’s likely something that so many people can relate to.

Please Share On Facebook/Pinterest Anna Faris Gets Candid About The Confusion Of Being Cheated On And Lied To: ‘Maybe I Am Crazy’ Clicky News LittleThings. 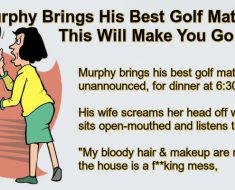