GREEN BAY, WISCONSIN – DECEMBER 15: Running back Jamaal Williams #30 of the Green Bay Packers carries the ball against the defense of the Chicago Bears during the game at Lambeau Field on December 15, 2019 in Green Bay, Wisconsin. (Photo by Dylan Buell/Getty Images)

GREEN BAY, WISCONSIN – DECEMBER 15: Running back Jamaal Williams #30 of the Green Bay Packers carries the ball against the defense of the Chicago Bears during the game at Lambeau Field on December 15, 2019 in Green Bay, Wisconsin. (Photo by Dylan Buell/Getty Images)

GREEN BAY – It was a fitting atmosphere of their 200th meeting on some literally frozen tundra in Wisconsin.

It was cold, the fans were enthusiastic, and both teams had something on the line as they met at Lambeau Field. The Packers have their eyes set on a NFC North title, while the Bears needed a win to keep their playoff hopes alive.

As many of their games have been through the years, it produced some highs and lows for both teams with the result coming down to the closing moments. But unfortunately for the Bears, those plays went against them in the clutch, and in the process all but ended their playoff hopes.

Green Bay took an 18-point lead in the second half then held off a strong late charge by the Bears as the Packers won it 21-13 at Lambeau Field on Sunday afternoon. That drops the Bears’ record to 7-7 on the season and making their chances for the playoffs quite remote.

The first half was similar to their opening week contest in much warmer weather at Soldier Field as the defenses controlled the pace. Aided by a controversial late hit call by Cordarrelle Patterson on the punt return, Green Bay took advantage of the short field by getting on the board with a 29-yard touchdown pass from Aaron Rodgers to Davante Adams to make it 7-0. the Bears could only muster a 30-yard Eddy Pineiro field goal last in the second quarter to make it 7-3 at the break, which was the exact score from the Week 1 meeting in Chicago.

Only this time Green Bay came out firing in the second half, reaching the endzone on their first two drives. A quick five-play, 73 yard drive was finished by Aaron Jones on a 21 yard runs, and then the running back capped off a 66-yard march with a two-yard TD run to make it 21-3.

Then the Bears made their move as the defense stiffened. They marched their was 75-yards downfield inside the Packers’ 10-yard line, but had to settle with another short Pineiro field goal to make it a 15-point deficit. Mitchell Trubisky got the Bears into the endzone on their next drive as a 67-yard drive reached the endzone on a two-yard touchdown pass to Anthony Miller on third down.

But the offense lacked the ability to get one more scoring drive before the end. On the next series following a defensive stop, Trubisky was intercepted by Dean Lowry as he leaped up just past the line of scrimmage to snag the interception. They’d get the ball back late inside their own ten with four minutes left and gained 46-yards before that march stalled out around midfield. Then in the final minute, got in range for two “Hail Mary” passes but it was incomplete. 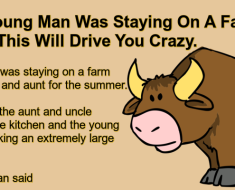 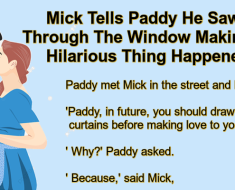