CHICAGO, IL – DECEMBER 23: Jonathan Toews #19 of the Chicago Blackhawks and Nico Hischier #13 of the New Jersey Devils chase the puck as goalie Robin Lehner #40 gets sandwiched in between, in the third period at the United Center on December 23, 2019 in Chicago, Illinois. (Photo by Chase Agnello-Dean/NHLI via Getty Images)

CHICAGO, IL – DECEMBER 23: Jonathan Toews #19 of the Chicago Blackhawks and Nico Hischier #13 of the New Jersey Devils chase the puck as goalie Robin Lehner #40 gets sandwiched in between, in the third period at the United Center on December 23, 2019 in Chicago, Illinois. (Photo by Chase Agnello-Dean/NHLI via Getty Images)

CHICAGO – They had all the positive momentum they could have ever wanted as they returned home before the Christmas holiday, and over the course of 60 minutes they wasted it.

Jeremy Colliton was well aware of this when he spoke to reporters after his team was bested badly by the visiting Devils Monday night at the United Center. It was a defeat by six goals in which seven were allowed, a departure from the team’s last two efforts that appeared that have inspired the group after a rough first half of December.

Instead, that’s gone, as the team heads to a four-day break scratching their heads over a poor pre-Christmas effort.

“Not near an acceptable level, of course,” said Colliton after the 7-1 defeat. “That goes without saying.”

Oddly enough, the Blackhawks had the opening goal of the evening thanks to a wrap-around from Zach Smith in the first four minutes of the game, but it slowly came apart. Jack Hughes tied the game with 5:14 left to go in the first period and the moments completely flipped in the second period.

Allowing 23 shots to the visitors, the Blackhawks allowed four goals over the course of 20 minutes, including one for former prospect John Hayden that made it 4-1. That led to goalie Corey Crawford getting pulled from the game in favor of Robin Lehner, but it didn’t change much. He allowed another goal before the end of the first then another to Blake Coleman just 18 seconds into the third period to make it 6-1.

Pavel Zacha’s goal with 1:39 left finally finished the scoring, with New Jersey finding the back of the net seven times on 44 shots on the evening. The Blackhawks countered with 33 but never scored after the first period as they fall to 15-17-9 on the season and under .500 at home this season (8-9-3).

Gone was also the chance for a three-game winning streak, which has only happened one other time this season when they got four-in-a-row from November 10th-17th. It was needed considering the hole which the team has put themselves in with a poor start to the season, and like the 2018-2019 campaign, leaves them a lot of ground to make up in the new calendar year if they hope to make the postseason.

“Very disappointing because we missed a chance to gather some momentum and build on a couple really good efforts on the road,” said Colliton. “It’s a missed opportunity.”

One in which they were off badly at home before the holiday. 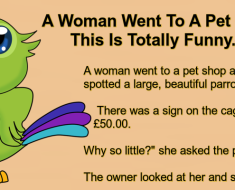