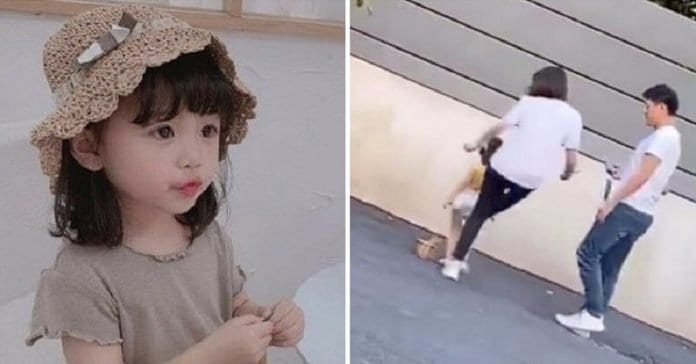 There are many parents who enter their children in pageants.

Most of those parents are happy to see their children smile and will listen to the desires of their children if they don’t want to continue with the pageant lifestyle.

After strangers saw a mother kicking her three-year-old daughter because she didn’t pose just like she should have on the stage, the mother was accused of child abuse.

The little girl is known as Niu Niu. While she was on the shoot, she didn’t perform exactly like her mother thought that she should have.

This enraged the mother, and she kicked her when they left the venue.

This little girl isn’t even in kindergarten yet and has to deal with the pressures of being on a stage and then gets kicked by her mother when she misses one little pose.

Authorities believe that the little girl had been working throughout the day doing modeling work.

She had been changing outfits and smiling in front of the camera along with posing in various ways so that the outfits she wore could be seen a bit better.

She also had to pose to show off some of the details of the outfits that she wore during the fashion shoot.

The girl has been modeling and performing in pageants for about six months, so she’s unaware of exactly what is expected of her.

This is something that the mother should know, but the mother instead decided to take her aggression out on her daughter because she wasn’t perfect in her eyes on the stage.

Some friends and family members think that the mother has been working the girl too much because she hasn’t been in preschool and has had little interaction with others since she started modeling.

Children in China who model are supposed to complete about 15 shots in an hour.

They will then earn about 100 yuan for every outfit, which could be why the mother has been overworking the little girl.

Fortunately, viewers were able to get the help for the little girl that she needed before she was severely injured. 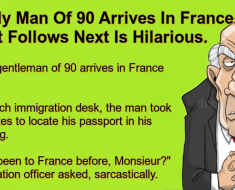