Miss Virginia, Camille Schrier, broke barriers with her Miss America win. The 24-year-old is a PharmD student at Virginia Commonwealth University. She took home the crown after being the first woman to ever perform a science demonstration for the talent portion of the show.

Camille is the first winner of the crown since the Miss America rebrand, now known as Miss America 2.0. The focus has been taken off contestant’s bodies and shifted to their minds and the messages they wish to share with the platform. The show was filled with interviews and discussion of social impact initiatives.

The broadcast began with the 51 women being introduced by their career category. The categories were science, business, arts, and education. Camille’s experiment demonstrated the catalytic decomposition of hydrogen peroxide. It was right on brand with what showrunners hope to see more of from future contestants. Camille was one of many women on the stage with fascinating stories that serve as an inspiration to young women everywhere. 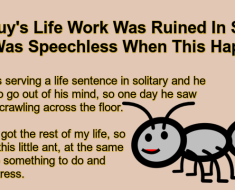