The loss of Chadwick Boseman has been reverberating around the internet this week, with many of the actor’s friends and costars expressing their disbelief and immense sadness following his death. One person who is feeling that loss more than most people is the actor’s wife, Taylor Simone Ledward.

Chadwick and Taylor were notoriously private about their relationship. The pair began dating in 2015 and became engaged in October 2019. Taylor was at Chadwick’s side throughout his entire experience with colon cancer.

While the couple rarely made the news, in March 2018 Taylor’s sister did step up to defend Taylor and Chadwick’s relationship. Many Black Panther fans were hoping that Chadwick and his costar, Lupita Nyong’o, would make things official. Taylor’s sister wrote, “His real life queen is gorgeous, and together they embody true love. Not to mention they would make some beautiful babies!”

The couple originally planned to get married in early 2020, but between the ongoing health crisis and Chadwick’s own personal health battle, the couple may have chosen to delay their plans. At the time of his death, his family confirmed that the two were indeed married.

Taylor and Chadwick were last photographed publicly in February 2020, when they attended an NBA All-Star game in Chicago, Illinois. Chadwick’s family has noted that Taylor was by his side when the actor died at home on August 28, 2020. 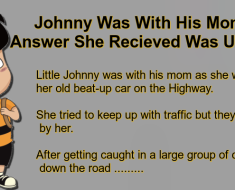