Selling Sunset’s Chrishell Stause just opened up to People in an exclusive interview. The reality star who was famously left heartbroken after the unexpected end of her marriage to Justin Hartley, wants to be a mother. She revealed that she hopes it’s still a possibility and she’s already taken steps to plan for motherhood.

“I have taken the steps to freeze my eggs,” the 39-year-old star revealed. The choice to freeze one’s eggs can be totally empowered and it seems like that’s how Chrishell is looking at it. She said she wanted to take some pressure of herself which the dreaded ticking biological clock can certainly add! This way, it can happen when she’s ready.

“I’m going to do everything I can to take that power in the situation,” she said. “And hopefully, that will empower me going forward in the dating world, so there’s not so much pressure.” 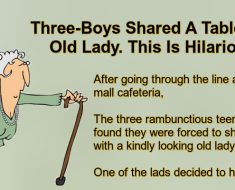