Our children give the meaning of life, and even when things get complicated, we are obliged to ensure they do not bear the burden of it.Many people are skeptical about co-parenting, but let us review things from a different perspective.

When marriage is over, the entire focus remains on the child. Therefore, reasonable and wise people can find a compromise and a way to calm things down, to be able to raise a healthy and happy child together.

Yet, the following story gets much better than this.

While trying to relate peacefully for the sake of the 5-year-old Willow Mengon, David Mengon and Dylan Lenox, her father and stepfather, became best friends for life.

David, is a former U.S military officer, and now works as a government contractor. When Willow was younger, he was away most of the time, so he and his wife Sarah divorced in 2015.

Yet, one day, when he went to visit his daughter in Texas, he was startled to meet Sarah’s boyfriend there, Dylan. He admitted feeling hurt, as he found it painful to see his daughter with another man at first.

Dylan came out of the door with Willow in his arms, and this crushed David. Yet, he started gaining respect for him over time, as he got to know him, and realized ” it was never a competition of ‘who’s the better dad.’

Willow eventually got to have two loving fathers and two siblings, a 2-year-old daughter, Tatum, the daughter of Dylan and Sarah and Dylan’s 6-year-old son, Liam, from a previous relationship.

Sarah is a professional photographer, so she captured Willow with her two dads before they went to a father-daughter dance at Willow’s school. Dylan, 27, uploaded the photos on his Facebook page, and Please Share On Facebook/Pinterest has garnered hundreds of thousands of reactions, shares, and comments.

He explained that he is the “bonus dad”, and they are not a same-sex couple, but they share a daughter.

“David is Sarah’s ex-husband and I am the Fiancé. We have molded ourselves into one unique family, of only for the sake of our children to know the power of love. Not only did I gain a daughter, but I also gained a brother and a best friend. Thank you, Sarah, for letting this all happen!”

Lenox wrote that they have molded themselves into one unique family, of only for the sake of our children to know the power of love.

He thanked Sarah for it all and added that not only he gained a daughter, but he gained a brother and a best friend.

David said he was very surprised when he saw Please Share On Facebook/Pinterest, as even though they respected each other, “seeing it all written down kind of makes it real.”

David admits that there are still some trying moments, but  Dylan is the one who protects his family when he is not around.

He encouraged parents to look beyond societal norms and do what’s right for their children, and they will live a life free of hatred ad remorse, while children ” will conquer the foolish “norms” that media has shoved in our faces.”

He later updated Please Share On Facebook/Pinterest to add that he and Sarah got married in October 2019.

David often travels from New Mexico to Texas to visit the family, and even though he still finds it strange that Willow addresses Dylan as ‘Daddy’, he understands that she’s just a child and he is more present in her life.

Speaking about the time he was away on two deployments, he said:

“He was there to make sure Willow was protected and Sarah was safe. It’s still a hard pill to swallow every once in a while when she calls him ‘Daddy,’ but I gotta remember it’s not a title, it’s a behavior. Because he is filling that role of being a good, positive male influence in her life and taking care of her, he deserves the title of ‘Dad.’“

Dylan attributes the sturdy union to Sarah’s willingness to let the past go, adding that all that matters is that they are all equally supporting and loving.

Sarah adds that after the divorce, she had to put her personal feelings aside, be an adult and be mature for their child’s sake.

Lenox says that Sarah is always snapping photos of Willow with her fathers and their photos make it possible for everyone else to see the happiness they all share.

David added that many people have told him that the family has encouraged them to make a change and improve the relations with their ex-spouses, with the hope that their kids will become much happier.

In the end, what truly matters is that the child is surrounded by content and loving parents. 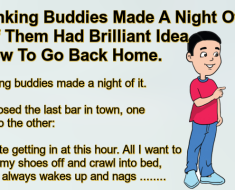 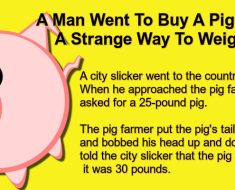