A Californian father has come under heavy criticism after saying he doesn’t want his daughter to learn from the Black Lives Matter classes in school.

The father, Garren Bratcher, from North Highlands, caused outrage when he asked his daughter, Ella, to opt out of the classes.

Ella, who is a student of San Juan High School, had herself reported that the BLM classes made her feel uncomfortable. Therefore, her father said the classes are not in line with the family’s belief, stressing that they would ‘erupt that divide in the classroom that becomes dangerous to the students.’

Since the classes are held online, Bratcher wrote to the school requesting if they have provision for a different lesson plan.

“The ethics guarding BLM is not something you should be teaching a 14-year-old child in classroom setting. It seemed more like a recruitment tactic than an educational experience,” wrote Bratcher according to CBS Local.

In contrast with the request and opinion Bratcher poured out in the letter, the school denied the request, citing that ethnic studies are an integral part of the school’s syllabus, and a student must complete it during their studies in the school.

And although the classes aren’t required for Ella to graduate, every freshman at the school is automatically enrolled. The classes’ framework comes from the California Department of Education, and a teacher can only modify a lesson plan for a student with an individualized education plan.

“It’s time our schools taught our kids the truth about our history in this country,” she said.

In the same vein, the San Juan Unified School District, of which Ella’s school is a part, has come out with a public statement to defend the school’s decision to make compulsory the BLM classes. They defined the classes as ‘completely appropriate’, considering the number of events that have unfolded in the last 12 months.

“The course is taught in line with the state’s framework, and this particular unit requires students to weigh these two relevant questions: ‘How do ethnicity and race shape contemporary issues in the United States? And how have ethnicity and race been constructed in the country and how have they changed over time?”

“The Black Lives Matter movement is an essential and timely area of study in processing these two questions for clarity. The assignment in question requires students to analyze and summarize a text to the differences and potential comparisons between past events and current ones. Essentially, the students are not asked to develop an opinion influenced by any civil rights movement. Instead, they are graded based on their representation of critical analysis skills.”

Despite that Ella’s father Garren Bratcher has clarified that his stand on the classes is because of his family’s beliefs, many people have attributed it to racism and have gone on to bash him for his insensitiveness. 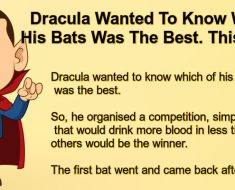