A father-of-three woke up in a hospital paralyzed from injuries sustained in a car crash, only to learn that his beloved daughters had died.

26-year-old Somchai Lurak, a restaurant manager from Idaho, was the driver of a vehicle carrying his fiance, Emma Weigand, and his three children. Their car was stopped at a red light when it was hit by a drunk-driver going at 80mph.

Somchai was left severely injured in the collision, while Emma – step-mother to the children – suffered a broken arm and ribs. 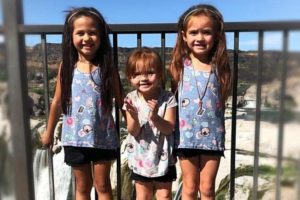 As Somchai lay in a hospital bed, the responsibility fell on his brother to inform him that his children had died. Aneena, six, and Kya, five, died at the scene, while their youngest sibling, Drayka Emyka Rayshell, 3, was rushed to hospital, where she, too, later died of her injuries.

As per The Sun, Somchai’s brother, Anthony Smock, said: “Just when I think I might be getting over the worst, tears just start pouring out of my eyes.

“I start thinking about my nieces’ beautiful smiles and sweet little giggles, and how every time I would sweep them up into my arms and give them hugs and kisses.

“I want them back and I want my brother to be able to have his babies.” 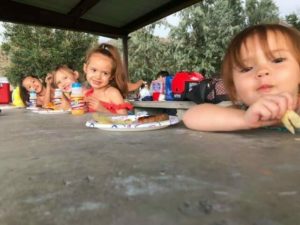 Somchai, meanwhile, is lucky to be alive himself. His brother explained that he is missing seven vertebra in his neck, with doctors amazed he has any feeling left in his legs whatsoever.

A GoFundMe Page has been established to help Somchai with the medical expenses associated with his injury. It can be found here.

“My brother has said he’s doing the best he can but he’s devastated,” Smock added.

“As of right now he’s classed as an incomplete quadriplegic – he’s got feeling but no movement. We don’t know whether he’ll ever walk again.”
Raising awareness
The stark truth of the matter is that three little girls have lost their lives, and countless more have been changed forever due to the actions of one man.

All three of Somchai Lurak’s daughters were killed when a drink-driver collided with his car at 80mph.

“Our family have three pieces of our hearts missing forever now. To everyone everywhere, I’m begging you,” Smock said.

“Never ever drink and drive – it’s selfish and stupid and can destroy people’s lives and families forever.”
Please don’t drink and drive. Let this be a lesson for everyone out there!

Please share this article if you want to send prayers for Somchai, and to help get the warning message out there.