Eddie Murphy made his triumphant return to Studio 8H for the first time in 35 years. The 58-year-old actor hosted Saturday Night Live, the show that put him on the map. Eddie was a cast member from 1980 to 1984. He was certainly happy to be back on that stage.

Fans were also happy to see Eddie. Not only did he bring back beloved characters from his original run on the show, including Buckwheat and Gumby, but he also brought the laughs with new material. Just in case Eddie wasn’t enough of a draw, musical guest Lizzo brought her enormous fanbase along too.

The episode was SNL‘s most-watched show in nearly three years, since Melissa McCarthy hosted with musical guest HAIM in 2017. This weekend’s episode brought in a total of 9.921 million viewers, according to “fast official” ratings from Nielsen Media Research. With the great success of the episode came a bit of controversy too, which is not entirely unexpected from Eddie. 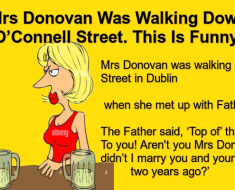