ATLANTA — More than 55 local organizations have signed and delivered a letter to Governor Brian Kemp asking for vaccine administration to be more equitable.

The letter, in part, asked that the Governor reinforce that getting the vaccine won’t impact people’s immigration process.

However, Latino Community Fund, the organization that headed the writing of the letter to the governor, said it felt the need to do so after getting calls from many people who are reportedly getting turned away from vaccine sites.

Executive director and founder of LCF, Gigi Pedraza, said many people – most whom live in Gwinnett, DeKalb, Clarke and Habersham counties – have been denied the vaccine from both state-run and private providers.

“I really hope to have a conversation with Governor Kemp to explore how we can support each other,” Pedraza told 11Alive.

Among several recommendations, the letter asked that providers put up posters making it clear that nobody can be denied for not having insurance or ID and that anyone, regardless of immigration status, can get the shot.

The Georgia Department of Public Health has made it clear that people who don’t have a social security number, driver’s license or insurance coverage can still get the COVID-19 vaccine.

“We have a number of folks that are hardworking Georgians that are working to regularize their situation and they have been afraid that the vaccine will be considered public charge,” Pedarza explained.

Another recommendation asked that websites where people sign up for appointments be available in multiple languages.

“Finally, encouraging counties to work with community organizations, and the Department of Homeland Security has been vocal and has issued documentation noting that there won’t be immigration enforcement around clinics or places where vaccines are being delivered,” she added.

The letter, which was originally signed by about 30 organizations and delivered late last week, will be delivered again Tuesday this week as more have joined in to sign it.

LCF and the other groups are doing this for people like 61-year-old Consuelo who said she tried to get the shot twice, only to be turned away each time.

“I was sad and angry,” she said to 11Alive in a Spanish interview that has since been translated to English by reporter Paola Suro. “I had this dream of getting the shot and came back without it.”

She said she was turned away first at Kroger in Gainesville then at the Gwinnett Place Mall.

Both times, she said she was asked for proof of residency or citizenship – which DPH does not require – and was turned away when she showed her passport from Spain.

“That’s discrimination in my eyes,” she said. “I’m an older person, 61 years old. I’ve seen the news where the Governor says everyone has a right to the vaccine.”

While Pedraza has not yet heard from Governor Kemp, she said she’s been able to talk about this to state health commissioner Dr. Kathleen Toomey.

“We believe this request is going to increase accessibility to all people in Georgia – not only to Latinos, not only to immigrants, and its because of this why we have over 55 organizations including representatives from the legislature supporting this petition,” Pedraza said.

11Alive reached out to Governor Kemp’s office for comment. A spokesperson said: “I believe some of this is already being done, but I’d refer you to DPH and GEMA who actually coordinate these sites.”

A spokesperson for the Department of Public Health said the following:

DPH has established a Health Equity Council to address the concerns in the last point of the letter below, but the health districts are already working with community-based organizations and the faith-based communities to reach communities of color and communities at high risk for COVID-19.

DPH has repeatedly said that individuals who do not have a SSN, or driver’s license, or insurance coverage will not be turned away from vaccine at public health locations.”

As for Consuelo’s case, Kroger provided the following statement:

“Kroger is following CDC guidance not to require proof of citizenship as a condition to receive the vaccine in any of our stores or clinics. The CDC continues to focus on vulnerable populations, and we are offering vaccinations to all those who are eligible based on the current phase for their jurisdiction and have a scheduled appointment. If any customer has a concern about vaccine eligibility, please contact our pharmacy team at 470-252-3185.”

Pedraza said she believes the big problem is that those administering vaccines need to be trained better and know the state-wide rules, which is why she thinks the letter will help reduce these instances.

“I did have an opportunity to exchange emails with Dr. Toomey and we know she is supportive,” Pedraza added. “We know the Health and Equity Committee is supportive of this because this is something they see. We know several of our community members that are leading organizations have been asked to provide insurance and social security so this is something that is happening.” 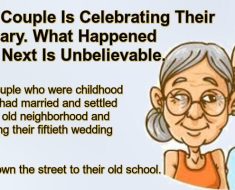