With the rise of social media and its potential reach around the world there seems to be no limit to the lows people will stoop to for a share or a like.

In one case a man in China subjected his dog to the most cruel abuse for the sake of his 5 minutes of online fame and it’s caused outrage around the world.

The poor dog was forced to eat a huge bowl of chilis during a livestream, causing tears to roll down his face

According to the Daily Mail, this shocking piece of so-called entertainment is part of a growing trend of animal binge-eating videos that has emerged on Chinese social media, otherwise known as “chibo” or “mukbang”. 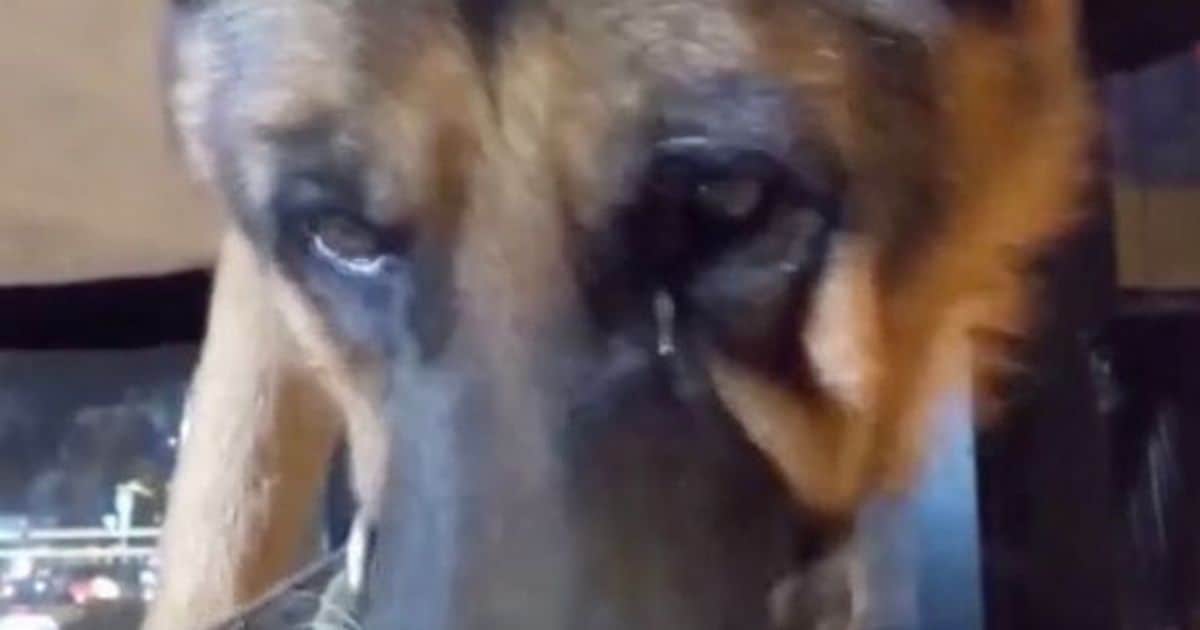 The Daily Star reports that the cruel trend started after China’s crackdown on those mukbang bloggers who consume excessive amounts of food, in an attempt to reduce food waste.

So, in response to the ban people have instead been feeding an excessive amount of food to their pets and posting on Douyin, a Chinese version of TikTok.

The video shows the dog owner feeding his German shepherd a bowl full of Sichuan chili chicken saying: “Alright, let’s give our handsome Shuaishuai a taste of Chongqing. This is a dish of chili chicken.”

The videos have prompted outrage by people around the world.

“I only hope this dog has been removed from these cruel persons involved in this barbaric act, and banned from ever having a dog again

While another outraged viewer said: “Whoever’s doing this for a challenge is disgusting and vile that poor dog doesn’t know what it’s eating it’s revolting.”

One commenter wrote: “This is just a new way of abusing animals. They don’t deserve to keep pets…Poor animals, they trust their owners unconditionally yet the owners just use them as cash cows.”

Another said: “These people are so sick! They need to be censored immediately!”

The German shepherd’s owner has since deleted the video, according to the Daily Mail.

People who take advantage of the loyalty and obedience of your dog in this cruel and inhumane way should be punished.

I can’t believe these people are allowed to keep pets