Many people are trying to find a way to somehow get back to the good old days, as the memories of those times are still fresh and unforgettable.

For all those feeling the nostalgia for the old, hippy days, we have fantastic news!

If you cannot forget the colorful, free, and fun 60s and 70s of the previous century, you will be delighted to find out that they can soon have a new version of the classic hippy van!

Let’s admit, gas guzzlers are a thing of the past, so get prepared for the market of electric cars, as VW makes a modern piece of history that comes back to us at last!

In January 2017, Volkswagen revealed its electric van as a concept at the Detroit Auto Show, and later that year, they confirmed that the van will be available for sale in 2022.

“Following in iconic footsteps, the unique look of the ID. BUZZ Concept brings back fond memories of Volkswagen past while promising a revolution in everyone’s future.”

The new electric van, called the I.D. Buzz, will be sold in the United States, Europe, and China.

The van will be a clear callback to their original microbus, but its look will be drastically updated. It will still have the two-tone V design on the front, and the rectangular windows, similarly to the ones of the microbus which was extremely popular in the United States in the 1960s and 70s.

Yet, while the original microbus had just 30 horsepower, the I.D. Buzz boasts 369. The advanced version of the van will also have an electric motor on every axle, and the 111 kWh battery pack allows for 300 miles of estimated range.

Additionally, the VW fast-charge system recharges the battery to 80% capacity in just half an hour.

Volkswagen’s Chairman of the Board of Management, Dr. Herbert Diess, announced:

“For me, the I.D. Buzz concept is the most beautiful and most exciting electric car in the world. Our goal is clear: we want to make the fully electric, fully connected car a bestseller around the world. The iconic car of the electric age must be a Volkswagen.

These cars will offer everything – and even more – than you have seen from other electric carmakers. And they will be much more affordable.”

This electric version of their van follows 2015’s “dieselgate”, and the installed software reduced the readings of harmful emissions in tests in 11 million VW vehicles.

The I.D. Buzz is scheduled to be released in 2022, so its ongoing development promises exciting features, such as a Modular Electric Drive kit.

The I.D. Buzz also has a front trunk, and the three rows of seats can be rearranged into various ways to maximize the use of space.

VW is developing technology to include in future models of the I.D. Buzz, which will include an automated pilot mode, popup laser scanners in the roof, and a steering wheel that folds up.

Diess added that the company is fully committed to the future of mobility, and its goal is to reignite America’s love for VW.

The new I.D. Buzz will be the seventh generation of the popular bus. The vehicle evolved in style over time, but it has preserved the versatility, character, and ability to draw or carry a crowd. 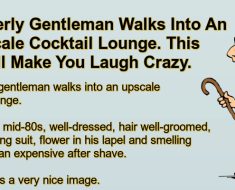