Netflix subscribers are about to get a bigger monthly bill.

Netflix subscribers are about to get a bigger monthly bill.

LOS ANGELES  — “Game of Thrones” was both an unprecedented achievement and old-school role model in the TV decade that’s rolling its final credits.

Installments of the elaborately produced hit were doled out one at a time by an established outlet, premium cable channel HBO. That was standard TV operating procedure until, suddenly, it wasn’t. The new era arrived in 2013 when a full season’s worth of “House of Cards” popped up amid Netflix’s on-demand movies and old TV shows.

The drama’s unexpected home appeared simply to be an option to the 500-channel universe born in the 1990s. But “House of Cards” foreshadowed a streaming gold rush and volume of programming dubbed Peak TV in 2015 — and with no drop in altitude in sight.

The result: Nothing is the same, whether it’s how much television we consume; how and where we do it; who gets to make it, and the level of respect given the creatively emboldened small screen. We don’t just watch TV, we binge it until we’re bleary-eyed if not sated. We still change channels with a remote control, but more often we’re logging in to watch shows on our phones or other devices and on our schedules, not network-dictated appointment TV.

We’re couch potatoes and office and car and everywhere potatoes.

A comic strip, “Zits,” recently summed up the current reality in three panels. “What’s on?” a father asks his teenage son, who’s sitting cross-legged in front of a TV set and is bracketed by a smart phone on one side and a laptop on the other. “Everything ever videotaped, filmed, recorded, photographed or otherwise documented whenever I want to watch it,” the teen answers, nonchalantly tossing popcorn into his mouth.

“I miss television,” the downcast dad tells his wife.

“This was the decade that streaming became for many, many people the dominant way in which they watch television,” said Thompson. It’s a rapid shift that bears little relation to the previous entertainment industry revolution, cable TV.

Only about a quarter of U.S. homes had cable in 1980 despite its availability since the mid-20th century. While growth finally exploded in the ‘80’s, it wasn’t until the tail end of the 1990s and the arrival of HBO’s “The Sopranos” and “Sex and the City” that premium cable received critical praise and honors, Thompson said.

In contrast, it took less than a decade for leader Netflix to skyrocket from about 12 million U.S. subscribers at the decade’s start to 60 million this year and 158 million worldwide. The streamer reportedly lavished $15 billion on programming for 2019 alone, and earned buzz with series including “The Crown,” “Stranger Things,” and “Orange is the New Black.”

Even major films, among them Martin Scorsese’s “The Irishman,” are making themselves at home on Netflix while still in theaters.

Others in the fray include Hulu and Amazon Prime Video, although “streaming wars” became the aggressive phrase applied to the increasingly competitive marketplace. With newly emboldened (and sometimes mega-expanded) media companies intent on getting a piece of the streaming action, there was a growth surge that won’t abate in the new decade.

Apple TV Plus launched Nov. 1 with Oprah Winfrey and Steven Spielberg among its first wave of producers, and was quickly followed by Disney Plus. The latter has a storehouse of Disney movies and TV shows to draw on, along with acquired properties from Marvel Entertainment and Lucasfilm and its “Star Wars” franchise.

Among the other services set for 2020: Peacock from NBCUniversal; Quibi, run by ex-Disney chairman Jeffrey Katzenberg and former eBay head Meg Whitman, and HBO Max, is counting on HBO, TBS and the Warner Bros. studio assets acquired by parent company AT&T to lure subscribers.

While cord-cutting became a quest for viewers seeking to shed hefty cable bills, there is still a price tag for the gusher of riches, as much as $14.99 monthly for HBO Max alone.

A bonus for viewers as they sort through the competing options: More programming doesn’t just mean more of the same.

If retailers can provide every type of yogurt known to humanity, why can’t TV take the same eclectic approach? It has in the past 10 years, as the increasing demand for content and the growth of niche programming created opportunities for diverse and candid voices. Ongoing efforts by advocacy groups also contributed to the gradual but unmistakable shift.

Donald Glover illustrates the before and after. The future multi-hyphenate writer, musician, actor and director had a respectable run as a cast member on the network sitcom “Community.” Two years later, he was the creator and star of FX’s “Atlanta,” which drew raves for its innovative storytelling focused on African American characters.

Jill Soloway called on family experience to create the groundbreaking “Transparent,” about a trans woman and how her decision to be open has a ripple effect on her children and their circle.

Ryan Murphy, already established as a successful producer with “Nip/Tuck”and “Glee,” exercised his clout to make FX’s “Pose,” set in the LGBTQ ballroom culture scene of the 1980s and ‘90s. Its star, Billy Porter , became the first openly gay man to win the best actor Emmy. Credit RuPaul and his “Drag Race,” which arrived on the cusp of the previous decade and grew in popularity, for setting the table.

Even mainstream broadcasting expanded its field of vision, with ABC the first network in 20 years to air an Asian American family sitcom, “Fresh Off the Boat,” ending this season. Nahnatchka Khan was its executive producer, one of the women who gained prominence behind the camera in a sector long dominated by men.

As producers, directors and writers, women put complex female characters in the center of the frame — a switch from the male antiheroes of “The Sopranos,” “Breaking Bad” and other turn-of-the-century hits. With women taking the reins as storytellers, female characters became as varied and complex as their male counterparts and began to encompass a fuller view of the modern experience.

Lena Dunham’s “Girls” presented more than cookie-cutter young women, both in body and spirit, and foreshadowed the rise of actresses whose talent demands more attention than their weight, including Aidy Bryant of “Saturday Night Live” and Chrissy Metz of “This Is Us.”‘

Some established female producers further cemented their success. Shonda Rhimes added “Scandal” and “How to Get Away with Murder” to her body of work, with the latter’s star, Viola Davis, becoming the first African American to win a best drama actress Emmy. Ava DuVernay, already a filmmaking force, spearheaded “When They See Us” and “Queen Sugar.’”

Reese Witherspoon, adding producing to her portfolio, made good on her vow to bring strong female characters to the screen with the hit series “Big Little Lies” and “The Morning Show.”

Statistics confirm the anecdotal evidence. Across all TV platforms in 2017-18, women accounted for a historic high of 31% of those working in key behind-the-scenes jobs including directors, writers and editors , according to research by San Diego State University’s Center for the Study of Women in Television & Film.

Good, but not good enough, said Kirsten Schaffer, executive director of the advocacy group Women in Film, which joined with the Sundance Institute in 2017 to create and lead ReFrame, an initiative that works with companies and others to foster hiring of women across the media landscape.

“Our goal is to have the industry reflect the population of the United States,” Schaffer said, and that’s 51 percent female and 17 percent women of color.

While television moved toward better reflecting the world at large, it was forced to look inward as well.

Revelations of sexual misconduct hit the TV industry hard and with more lasting effect than any other sector of Hollywood, even compared to producer Harvey Weinstein’s fall from moviemaking heights.

Two of media’s top powerbrokers were brought down in the #MeToo era. Les Moonves was ousted in 2018 as CBS CEO after an outside investigation of abuse claims, with Moonves denying any non-consensual sexual relations. Roger Ailes, who built Rupert Murdoch’s Fox News Channel into both a lucrative operation and major force in American politics, was forced out in the wake of sexual harassment claims.

Matt Lauer (“Today”), Charlie Rose (“CBS This Morning”) and PBS host Tavis Smiley were wiped away from TV screens for alleged misbehavior of varying types and their denials notwithstanding. “60 Minutes” executive producer Jeff Fager, a CBS News veteran, denied the misconduct claims that got him fired.

Top-tier actors and a famed comedian lost their jobs, including Jeffrey Tambor of “Transparent,” Kevin Spacey of “House of Cards” and Louis C.K., whose TV projects included “Louie,” which he starred in and produced. Tambor and Spacey rebutted the misconduct allegations, Louis C.K. apologized.

The reverberations continue. NBC repeatedly has been confronted by Ronan Farrow’s claim that he was prevented from breaking the Weinstein story on its airwaves, which the network denies, while CBS was criticized for renewing “Bull” despite actress Eliza Dushku’s claim that she was dropped for complaining that the show’s star, Michael Weatherly, made crude comments about her on set. 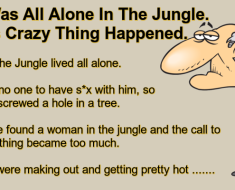