If you’re a fan of Queer Eye, you’re likely also a fan of Jonathan Van Ness. Known by many as JVN, Jonathan serves as the grooming expert on the Netflix Queer Eye reboot. The 32-year-old was born and raised in Quincy, Illinois. He identified as a gay man early on, but even with the confidence to come out, he was still relentlessly bullied for appearing more feminine.

“Growing up, I definitely put on every nail polish, every heel, every scarf — I definitely had my mom’s knockoff Hermès scarves in my hair and around my waist — those were my skirts, and I loved it,” he said to Out, per the Advocate. “But when I was really young, I had really femme-shamey, gender-shamey [reactions] when I would dress like that,” he continued. “When I would play with those things, I knew it needed to be … behind closed doors.”

Even so, Jonathan never tried to be someone he wasn’t. “The older I get, the more I think that I’m nonbinary — I’m gender nonconforming,” he told Out. “Like, some days I feel like a man, but then other days I feel like a woman. I don’t really — I think my energies are really all over the place.” In high school, he was his school’s first male cheerleader. And now? He’s the first nonfemale cover star that Cosmopolitan UK has had in over 30 years. 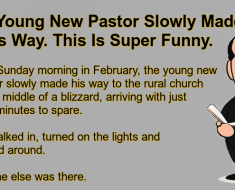