Whales are some of the most magnificent creatures out there. Majestic, large, and not too intimidating. But, coming into close contact with one, especially unsupervised by a professional, can still be a little terrifying.

While whale attacks are rare (especially in comparison to shark attacks) sometimes they do happen. “They mainly feed on squid and rarely attack, apparently only when mistaking other mammals for seals or prey,” writes the BBC, in regards to sperm whales specifically. But, some violence may unintentionally happen — especially if the whale seems threatened. “Whether they can feel emotions like vengeance, is in dispute,” the site continues.

That said, friendly or not, you wouldn’t want to be flipped over by one. And that’s exactly what happened to two kayakers who were out enjoying nature just north of Pismo in California.

Chances are, the passengers of the kayak that a whale flipped over weren’t knee-deep in whale facts when the incident happened — so, they were probably scared at first. As you can see on camera, the whale making contact with the kayak seemed to be all in good fun. They experienced a once-in-a-lifetime opportunity that happened to be caught on film.

And, have no fear. These kayakers weren’t part of any tragic statistic. They’re both okay after the incident and equipped with an incredible story to tell regarding their brush with a whale. Watch the video and see how close the whale actually got.

Please Share On Facebook/Pinterest Kayakers In California Have Super Close Interaction With Whale And It’s All Caught On Video Clicky News LittleThings. 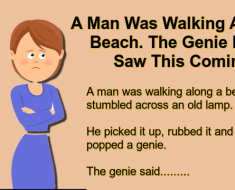