The American Idol, Kelly Clarkson made an announcement that hurt the fans and everyone is wondering how or what could have gone wrong.

From the outside, we all thought she was having the best moment of her life, the perfect life most of all wished us, a beautiful marriage, a successful career, and two beautiful children. What we didn’t know was that they were cracks in those beautiful walls and they ran so deep.

Kelly Clarkson and her husband Brandon Blackstock have been together since 2012 and in June 2020, Kelly announced that she wanted a divorce from Brandon.

The news came as a shock to many and Kelly cited ”irreconcilable differences” as the legal ground of the divorce. They couldn’t get along to keep the marriage abay and everyone thought theirs was a match made in heaven and they could last forever.

It’s so sad for the kids as they thought too their parents were the perfect couple and it was a shock to them. It never seemed like they had issues.

The American singer and TV host, Kelly Clarkson met Brandon for the first time at the American Country Music Awards in 2006. Brandon was the son of Kelly’s former manager Narvel Blackstock.

The couple started dating in 2012, and a year later they got married at the BlackBerry Farm in Walland, Tennesse.

Kelly had her first baby River Rose not long after the wedding and in 2016 they welcomed their second child, Remington.

Kelly Clarkson spoke openly about Remington’s medical issues as the 4-year-old has both speech and hearing problems; she made it open during a baby shower event online.

It was later found out that way deep into his ears he got clogged up with wax and it affected his speech. It was something simple and can be easily rectified, but then it pushed him back almost nine months, she said.

A source said that Remington’s medical issues might have affected the couple’s marriage, but there are several reasons they might have led to their divorce.

The quarantine played a major role in their divorce as all relationships felt the lockdown strain. The pandemic hit Kelly’s life so hard and the family spent those moments with her family at the family’s ranch in Montana.

Recently, the 38- year-old singer said she has no intention of marrying again and this has made everyone so emotional.

We wish Kelly and Brandon the best and I hope that Kelly never forgets she’s a strong woman and a great mom. 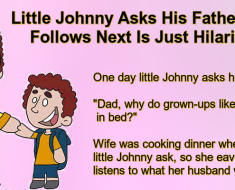