We are all special and beautiful in our own, unique way. While this leaves no space for discrimination, hatred, abuse, and stereotypes, unfortunately, there are still people who are unaware of it.

Therefore, Nicole Louise Perkins, a U.K. based full-time teaching assistant at a special needs secondary school and a photographer, decided to raise awareness for Down Syndrome.

In her project, “Down Right Beautiful”, she took pictures of children with Down Syndrome dressed as Disney characters, to show the world that these children with special needs are amazing.

Each child involved in it has a page with their story and pieces of advice of parents for new parents who have just received a diagnosis.

She hopes that the photoshoot will tell these parents that “ Down syndrome is truly special and what doctors tell you about it isn’t always right.’ She maintains that these children are absolutely beautiful, and “ bring you a different kind of happiness. “

Nicole, 24, has done 32 photoshoots with people who have Down Syndrome, with a Disney theme. She has always been a Disney fan, and believed the entire project, would be perfect.

She started posting photos from her Disney photoshoots on Facebook, and they quickly went viral.

“Each and every child involved has Down syndrome and don’t they just look FABULOUS! As Walt Disney said- ‘If you can dream, you can do it. Always remember that this whole thing was started by a mouse.’

I hope the project helps people realize that Down syndrome isn’t scary and that the people that have Down syndrome don’t have less of a life. They have great lives and along with that, they make the lives of the people around them much richer.”

She added that many people wrote to her to support her vision:

“Comment after comment of how happy the images had made people, how much they love them and just so much positivity — it left me feeling so full inside.

One of the best things was a personal message I received of a woman saying thank you and that her thoughts have now changed if she was to have a baby with Down syndrome and that was the best because that is the whole aim of the campaign.”

Nicole claims that the Facebook post has reached over 14 million people, and she is happy she managed to affect so many people.

“The Down syndrome community is one of the kindest most welcoming communities I have ever met. Response has been incredible, and it was so much fun creating the images. I have met some amazing families in the process and I’m so glad to see the joy the images of their children has brought to so many people.

I hope people take away the fact that there is a lot more to Down syndrome than what you are told in a hospital. They are such beautiful special people and the world is a much better place with them in it.”

Six-year-old Chloe Lennon dressed up like Merida from “Brave”.

Two-year-old Angelo S., in the role of Simba from “The Lion King.”

Lauren Rusler, 6, as Elsa from “Frozen.”

Jensen Pointon, 6, transformed into a prince from “Beauty and the Beast”

2-year-old Abdullah Adnan in the role of Aladdin. 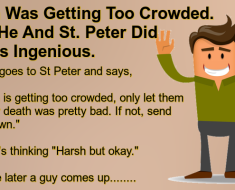