Home
Life Stories
Koalas Are At A Great Risk Due to Australia Bushfires, Wildlife Expert Warns


As wildfires keep ravaging Australia’s eastern coast, from Sydney to Byron Bay, one of Australia’s iconic animals, the koala, is in great danger. The toll the fires took devastated many, and images of burned and dying koalas broke millions of hearts around the world.

Experts were afraid that a few hundred koalas died in the devastating bushfires in New South Wales and Queensland over the last two months, but Deborah Tabart, chairman of the Australian Koala Foundation, has now estimated that the horrific fires have killed over 1,000 koalas.

Tabart explains that the number of deaths have reached apocalyptic proportions when referring to koalas, as there could be 1000 koalas that have been killed in the last two months. She added that near the coastal township of Port Macquarie alone, over 350 koalas have been killed by the bushfires.

The total number of dead koalas is yet to be known, but wildfires have decimated koala habitats in places like Crows Nest and Lake Toowoomba too. Tabart notes that as there are 18,000 koalas in New South Wales alone, the bushfires have had a huge negative impact on their population.

Some koalas may have survived, but as a result of their prolonged breeding timescale, the long-term risk to koalas is still very high.

Bushfires drastically aggravated the already bad state of the population of koalas. Climate change also contributes to the problem, as in the next 25 years, rainfall is forecast to be very low in the western regions of NSW.

Stuart Blanch from WWF Australia said that there are large areas of large numbers of koalas that are still viable, and this gives hope:

“Generally the animals that are considered to be functionally extinct are down to a few hundred, or dozens, like the Sumatran rhinoceros. For koala populations, there are disputes about how many are on the east coast, but the best evidence we have is 15,000 to 28,000 koalas in New South Wales.

We are cautious about these numbers, but we are not down to hundreds of koalas. We don’t want to undermine the good efforts of people trying to save koalas, but the language is important. We absolutely believe there is hope to stop koalas going extinct.”

Koalas are a symbolic animal in Australia and were even featured as last year’s Commonwealth Games mascot.

Tabart accuses the Australian government of inherent failures in protecting koalas, for example, not passing the Koala Protection act written in 2016. The Koala Protection Act would work to protect habitats and trees vital to koalas as well as protect koalas from hunting.

Meet Kate. She was saved by rescuer Darrel from Bellangry State Forest, NSW east. Kate suffers from extensive burns to her entire body. She is the lucky few. Kate arrived dehydrated & sore but is in the best care at Koala Hospital. Great team effort from donors, volunteers etc ❤ pic.twitter.com/SVyWLjaiTo

“They are equivalent to the Great Barrier Reef. Everyone wants to touch a koala, so you would think the government would want to do something to save them. The plight of the Koala now falls on the Prime Minister’s shoulders.”

Hospitals with the sole purpose of treating koalas who have been badly burnt or injured have become inundated and the centers are seeking massive support from volunteers all across the country.

Amanda Gordon, team leader at Koala Hospital Port Macquarie explained that teams are on the fire ground looking for wildlife, but they are not seeing a lot, meaning that many koalas have been burnt.

Gordon’s hospital has raised over $1 million to help the injured animals, and part of their effort is to install automatic drinking stations for koalas in the areas devastated by the fires.

The funds will also be used for a “Koala Ark” as a refuge for injured koalas to live in a healthy habitat during rehabilitation. A video of a woman, Toni Doherty, who rushes into a raging brushfire to save an injured koala led to pouring donations.

The footage showed the badly burned koala, with patches of missing fur, running near the fires before the woman Doherty saved him by dousing the animal with bottles of water and wrapping him in a blanket.

The aggravated state of their habitat concerns millions of people worldwide.

Koalas live in eastern Australia, where the eucalyptus trees they love are most plentiful. These cuddly critters that we all love are actually not bears, but marsupials, a group of mammals that have pouches where their newborns develop.

These cute animals need a lot of space, about a hundred trees per animal, which becomes a problem as Australia’s woodlands continue to shrink. 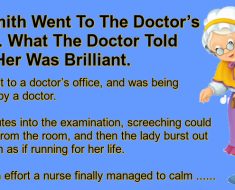 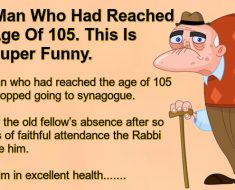