The Back to the Future films are beloved by many, but they could have looked very different.

Lea Thompson, who played Lorraine Baines in the films, chatted with Entertainment Tonight about the films ahead of the release of Back to the Future: The Ultimate Trilogy.

Some different casting decisions could have resulted in a very different film, however. Kyra Sedgwick auditioned for the role of Marty McFly’s girlfriend, Jennifer Parker. The role ultimately went to Claudia Wells.

There were some other big-name contenders itching for the role of Marty as well. Jon Cryer, Billy Zane, and Ben Stiller were among those who auditioned for the role.

Michael J. Fox was the perfect fit, and Lea agrees. She remembers hundreds of girls waiting around for the actor on the days they filmed together.

“He’s funny. He’s disarming. He’s humble. He’s strong and gracious. He is who you see.”

Back to the Future: The Ultimate Trilogy features the newly remastered picture and sound, as well as over an hour of never-before-released content. It’s currently available in stores and online.

Please Share On Facebook/Pinterest Lea Thompson Feels ‘Incredibly Blessed’ To Be A Part Of ‘Back To The Future’ Films Clicky News LittleThings. 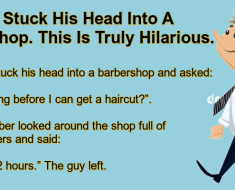