Leonardo DiCaprio is speaking out after being the subject of some wild accusations. On Friday, Brazilian President Jair Bolsonaro accused the 45-year-old actor of paying to have wildfires set in the Amazon. The right-wing leader made these accusations without any evidence supporting his claims. He also went on to accuse the World Wildlife Fund (WWF) of being complicit in order to solicit donations from the public.

Leonardo responded to these claims on Saturday, with a statement shared on his social media accounts. Leonardo has long been an advocate for environmental causes. He is one of the most outspoken celebrities on such subjects, including climate change. Naturally, he refuted the claims while continuing his commitment to the Amazon and Brazilians. Along with his own statement, Leonardo shared statements from the CEO and chief scientist of Global Wildlife Conservation, Wes Sechrest, and the IUCN Species Survival Commission chair, Jon Paul Rodríguez, who stand in solidarity with Leo. 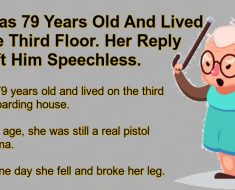