When George Wildgust was born, his parents were told he wouldn’t live past the age of 10.

Today George is celebrating his 77th birthday and is thought to be Britain’s oldest person with Down syndrome. 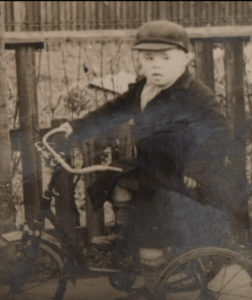 George was born in September 1942 and is the middle child of three siblings.

George has lived in a care home in Nottingham, England since 1993 with 12 other residents.

His niece Nikki Wright visits her uncle regularly and says he is well looked after in the home. 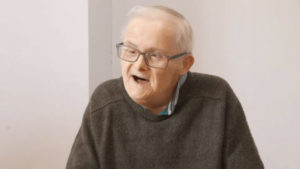 “I think being kept busy and socializing here has really helped him. The staff are amazing and it is such a family here,” Nikki told Inside Edition.
George was not expected to live past the age of 10 but is today thought to be the oldest person with Down syndrome in the U.K.

Nikki credits his long and healthy life to the love of his family and friends. 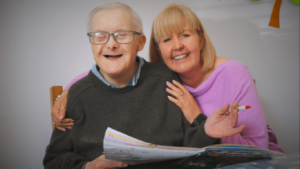 “He was always told by his mom that he can do anything and because of that, he has always been very independent,” she added.

“Nobody picked on him, they all took him under their wing and looked after him. It was one big happy community who looked out for each other. So he’s always been very sociable.”
George’s parents have died, but he has a sibling with whom he regularly FaceTimes.

His niece also credits his long, healthy life to his friends, girlfriend and his love of dancing, which help keep him young.

Watch George celebrate his 77th birthday with Nikki in the clip below.

We all need the love of family and friends around us to keep us going. George is such an inspiration and never fails to make those around him smile.
Please SHARE this story if you agree.