Liam Neeson and his sons Micheál and Daniel have been on a journey together. After the family lost Natasha Richardson in 2009, they didn’t really know how to forward. In the intervening years, Liam has given numerous interviews in which he has discussed the overwhelming feelings of loss and confusion that he and his sons have weathered.

In 2014, Liam told Anderson Cooper that Natasha’s death still didn’t feel real to him, even after five years. “(Her death) was never real. It still kind of isn’t. I was told she was brain dead, I’m seeing this X-ray, it was like, ‘Wow.’ I just told her I loved her, said, ‘Sweetie, you’re not coming back from this. You banged your head. It’s … I don’t know if you can hear me, but it’s … this is what’s gone down. We’re bringing you back to New York, and your family and friends will come.’”

Natasha died on March 18, two days after she had a ski accident that caused a traumatic brain injury.

Please Share On Facebook/Pinterest Liam Neeson Reacts To His Son’s Choice To Change His Last Name To Richardson In Honor Of His Mom Clicky News LittleThings. 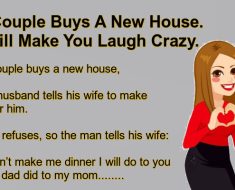