Ho ho ho: Christmas has landed just about everywhere, including the White House. First lady Melania Trump has revealed this year’s theme, along with holiday decor that is decidedly less … out there than last year’s unusual red trees.

This year’s theme is “Spirit of America,” and Melania’s decorations are meant to emphasize that message. American-themed ornaments adorn the trees in the White House, with American flags decorating just about every branch.

Last year, Melania became the subject of much internet delight and derision when she unveiled blood-red trees in the White House’s East Colonnade. That particular decor choice was almost immediately turned into zillions of memes online, with commenters noting that the trees were reminiscent of both Stephen King’s The Shining and the cloaks donned in The Handmaid’s Tale.

This year Melania seems determined to be infinitely more low-key, and the East Colonnade is simply decorated in all white. The White House currently is home to 58 Christmas trees, 15,000 bows, and more than 2,500 strands of lights.

Melania’s unveiling comes at the same time that an explosive new biography on the first lady is set to debut. Author Kate Bennett, who covers Melania for CNN, released a handful of details ahead of the release of Free, Melania, including that Donald and Melania do not share a bedroom, and that Melania actually has her own suite of rooms on a separate floor of the White House. Kate also goes on to claim that a source close to the family has explained that the relationship between Melania and Donald’s daughter Ivanka Trump is “cordial, not close.” 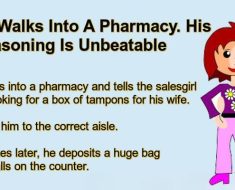