Borderline personality disorder is a severe mental condition frequently triggered by trauma. A person suffering from this condition cannot effectively manage their emotions, and their feelings seem to be all over the place. Doctors sometimes misdiagnose this as bipolar disorder as it takes years find the BPD diagnosis.

There are no tests that can help diagnose this condition, which makes it tricky for doctors to diagnose Borderline Personality Disorder. The emotional turmoil this person feels can cause destructive behaviors, and those around them are affected.

Researchers have done many studies on the causes of BPD. And often, the patient suffered a trauma that has affected them greatly. However, many causes can contribute to such a diagnosis that is not trauma-based.

If a parent has BPD, then the chances of their offspring developing this mental health condition are greater. While no gene is passed down that gives a child this disease, there is a 50 percent greater chance of developing it when a parent has BPD.

Serotonin, norepinephrine, and dopamine are the three most significant chemical transmitters in the brain. People with BPD often have problems controlling their urges as well as their emotions. The lack of chemicals prevents them from having a filter to stop wrong or inappropriate things.

Additionally, when one of the chemicals isn’t at an adequate level, then it can cause the signals to become haywire, causing issues found in BPD.

Many environmental factors seem to be common among those suffering from BPD. First, they are often the victim of abuse, though there are higher tendencies in those who’ve been sexually abused. Additionally, the person may have been neglected as a child or placed back and forth in the foster care system.

Frequently, psychiatrists find there were substance abuse issues in the home, and they may have had poor relationships with their parents. When a person has unresolved anger or distress from their childhood, it can cause their thought patterns to become awry. They may be stuck in a childlike mentality and expect others to parent them when they are far beyond 18 years of age.

Brain development can be a major issue among those suffering from BPD. Using an MRI, those who have this mental health disturbance always have brain abnormalities such as a smaller amygdala, hippocampus, and orbitofrontal cortex areas. These regions often tend to have unusual levels of activity too.

Research has found that these areas of the brain don’t correctly form in early childhood, and therefore mood regulation and other issues develop. Having close relationships is very difficult for those suffering from BPD. This doesn’t arise from a lack of caring. Instead, it’s because they have a “short” in that area of the brain.

Being Diagnosed with Borderline Personality Disorder

Being diagnosed with BPD is not an easy process. It usually begins with a visit to a general practitioner who will refer an individual to a psychiatric specialist. It’s important to start at the family doctor. And that’s because the physician will run some tests to ensure that it’s not another medical condition causing the mental disturbances.

Psychiatrists always attempt to treat things like depression, anxiety, and issues of this nature before delving into deeper mental health problems. If the treatment given improves the problems, then they usually don’t need to dig deeper.

However, when doctors try numerous medications, and a person is still suffering, it’s often an indication of another underlying issue. For instance, if a person seeks treatment for severe anxiety that causes them to cut, after exhausting all the SSRI, SNRI medications, the doctor may prescribe an antipsychotic.

BPD is not the only reason a person may take antipsychotic medication as many serious mental health concerns require these treatments.

People with BPD will undergo rigorous mental evaluations to help doctors make a diagnosis. They look for symptoms that include:

It’s often essential for doctors and psychiatrists to involve the family in the mental health assessment. The family can usually help put the pieces of the puzzle together better than the person suffering. Since BPD often affects relationships, family and friends can give vital information to the doctors.

Additionally, these people may need support and information in learning how to deal with a loved one who has BPD.

One of the reasons why diagnosing BPD is so difficult is because it often occurs with other mental disturbances. It’s not uncommon to find a person suffering from this condition and things like:

Being diagnosed with BPD was often thought of as a mental death sentence in previous times. However, with new therapies emerging every day, it’s possible to live a productive life and manage the symptoms. It requires active involvement with a counselor, medical team, and family.

Counseling or psychological therapy is often referred to as psychotherapy. While there are many different types, it’s all based on helping the person get in touch with their emotions.

The counselor will listen to the issues currently bothering the person and suggest tips and tricks for resolution. It’s often best to help a person change their attitude and outlook to ensure they don’t repeat negative behaviors. Some of the most common therapies used are:

Doctors often refer to this treatment in its shorter name, DBT. During this therapy, a person learns to break the cycle that causes them to lose control of their emotions. By validating their feelings and working on being open to other opinions, it can help bring positive changes.

Therapists also call this type of therapy MBT. Most people with BPD have a hard time with mentalizing. For instance, a person may feel the need to self-harm, but they don’t stop and rationalize the consequences of these behaviors. They don’t remember the painful cuts and how difficult it is after they slice their skin.

MBT helps a person to think about thinking. It teaches people how to take a few minutes to realize the potential impact of the action. Patients often receive MBT on an inpatient basis. It’s beneficial for those in crisis who have been admitted for issues related to BPD.

These communities provide very structured environments. Here, it’s common to see people with a wide variety of psychological conditions. The BPD person will mingle with those who have schizophrenia, bipolar, and other severe mental disturbances.The goal is to integrate therapy into daily living. People often come here to stay for a week or a month. They will learn about running a household, prepping their meals, and how to communicate with others.

These centers are rigorous and don’t allow drinking, drugs, violence, or any self-harming behaviors. Since treatment is voluntary, community managers expel anyone who violates these rules..

Psychologists employ art therapy to treat many conditions. Research has shown that it’s beneficial to the Borderline personality. Using a combination of dance, drama, music, and art can help people to focus and express themselves in positive manners.

There are no medications on the market, specifically for the treatment of BPD. However, it’s possible to reduce or eliminate some symptoms with the use of antidepressants, antipsychotics, and anti-seizure medicines.

Using mood stabilization drugs as well as those that can curb anxiety have often proved helpful in those with BPD, though it’s not a cure. Most people use a cocktail of medications that frequently changes to provide relief.

Living with BPD is not easy. This personality disorder often causes people to be so out of control with their emotions that they alienate those closest to them. While there are therapies and medications out there, many deny there is a problem and don’t seek help.

Since there is often drug abuse and sexual promiscuity, legal ramifications often come into play. Many judges court-ordered drug treatment when the underlying illness comes to light. It’s often the case that people with these conditions live in group homes or have guardians placed over them to manage their finances and persons.

Those who struggle with this condition often have many challenges. For instance, it’s hard for them to hold down a job, maintain a family, and maintain a social life. Therefore, it’s essential to have a reliable support system, mental health team on board, and adherence to medications and treatments to manage this complicated mental health issue. 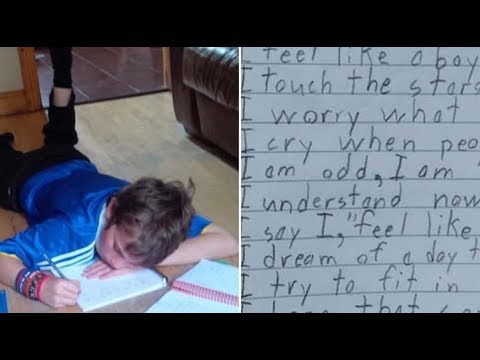