Michelle Obama hasn’t stopped being one of the most beloved women even after she left the white house nearly three years ago. A new poll shows the former first lady is not only the most admired woman in the U.S. but in the entire world.

What a great night here in New Orleans celebrating 25 years of#EssenceFest and #BlackGirlMagic. Thanks to @GayleKing for sitting down with me to talk about all things #IAmBecoming, relationships and just how hard it is as women to put ourselves first.

YouGov is a data collection company that at their core is a “global online community, where millions of people and thousands of political, cultural and commercial organizations engage in a continuous conversation about their beliefs, behaviors, and brands.”

Hey, #EssenceFest! I brought a few of my girlfriends with me to New Orleans and we can't wait to join you tonight in the Superdome. Who's ready?!

The firm conducts surveys and polls from the on-tap respondents they have vetted and analyzed. In their most recent international survey, they wanted to find out who the world’s most admired woman was.

Growing up, every time I’d come home from school with a story to share, my mother was there with a snack and a listening ear to hear about what was on my mind. When I came home with a tale about my disastrous second-grade classroom, she marched into the school to figure out what was going on. And as I grew older, including up through my years as First Lady, she was always there for me as a guiding light through whatever fog was clouding my path. She’s always listened more than she lectured; observed more than she demonstrated. In doing so, she allowed me to think for myself and develop my own voice. From an early age, she saw that I had a flame inside me, and she never tempered it. She made sure that I could keep it lit. Mom, thank you for kindling that fire within me, and for your example as a mother and a grandmother to our girls. We would never be who we are today without you. #HappyMothersDay, Mom. Love you.

Former First Lady Michelle Obama came out on top bumping actress and philanthropist Angelina Jolie down to third most admired. Obama was followed by talk show host Oprah Winfrey, Jolie, Queen Elizabeth II, and actress Emma Watson. The data was gathered from respondents in 41 countries, pollers were asked the open-ended question: “Thinking about people alive in the world today, which [man or woman] do you most admire?”

People don’t get to where they are if they go at it alone. Last week, I met the new class of #ObamaFellows—20 leaders from around the world who are doing the type of work that will create a better future for all of us. We talked about what keeps us going and how important it is to have help along the way. With support from the @ObamaFoundation—and each other—our hope is that these Fellows will continue to grow and expand their work, changing the world for generations to come.

For the men’s division, Bill Gates has taken the number one spot every time YouGov has carried out the survey. Following behind Bill is Barack Obama in second, while the third to fifth places are held by high-profile Chinese figures.

‪At the end of this extraordinary #IAmBecoming tour, I want to say thank you to all of you who’ve been a part of this journey. Thanks for what you do every day—for doing the right thing; for living with honesty and compassion. It’s up to us to stay hopeful for the next generation.‬ #MondayMotivation

More than 42,000 people responded to the study according to YouGov. President Donald Trump came in 14th place for the most admired man in the world which is two spots higher than he was placed last year. However, Trump rose to second place trailing behind Former President Barack Obama when the poll was conducted only in the U.S. Michelle Obama also took the number one spot for the U.S. poll. 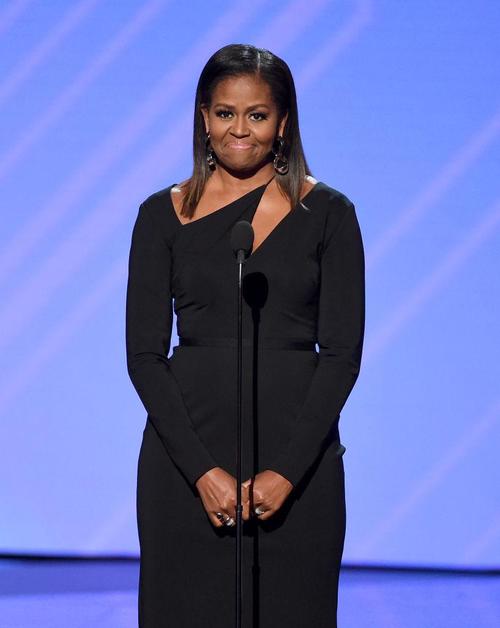 The results of both polls show the former First Lady has seen a boost in popularity since the release of her book, Becoming in late 2018. According to the BBC, the book surpassed 10 million sales in its first five months since its release. The NY Post stated back in March that the book is set to be the “best-selling memoir in history.”

The post Michelle Obama Is World’s Most Admired Woman, According To New YouGov Poll appeared first on TIMELINEBUZZ.