LAKE FOREST – For better or worse, they’re linked together forever.

Three quarterbacks selected in the first 12 picks of the 2017 NFL Draft, with each expected to represent their franchise for years to come. The Bears traded four total picks to move up to select Mitchell at No. 2, the Texans gave up two first-rounders to get Deshaun at No.10 , while the Chiefs gave up three to jump up to draft Patrick at No. 12.

Each team had their guy, and they had the desire to go get him and got the job done. In the process, each franchise set its future path with the franchise quarterback. So whenever two of these quarterbacks meet, the comparisons are endless.

That’s especially true this week as Trubisky’s Bears face Mahomes’ Chiefs on Sunday night at Soldier Field, the first time the teams have played since their quarterback decisions were made.

“It’s been fun watching him and the careers shakedown and stuff,” said Trubisky . “I only know him a little bit, just through passing and stuff. But from the times I’ve been around him, we’ve gotten along, and it’s been cool to hang out with guys like that.”

Getting compared to him, however, might not be as cool for the Bears’ signal-caller, considering the incredible success that Mahomes has had since joining the Chiefs. He’s already won an MVP award, appeared in an AFC Championship game, throwing 8,987 yards with 73 touchdowns compared to 17 interceptions with a quarterback rating of 109.5.

Trubisky hasn’t been able to find nearly the same success since he took over the Bears’ quarterback job early in the 2017 season. In 39 games, he has 8,190 yards with 48 touchdowns compared to 29 interceptions with an 86.9 rating, unable to find true sustained success for long stretches at any time. His third season in 2019, the second under head coach Matt Nagy, has been the most disappointing, with Trubisky sporting a rating of 84.2 with 17 touchdowns compared to ten interceptions and 2,774 yards passing.

So how does Trubisky deal with this inevitable comparison as it comes up quite a bit this week?

“You just play your game and find a way to win for your team. The comparisons are out there and they’re never going to stop,” said Trubisky. “Kinda me, Pat, and Deshaun are kinda all grouped together because we’re in the same draft class, drafted in the first round and all that. But there’s no do-overs, we are where we are, are careers are going in different paths, and they will for the rest of time. We always going to be compared against each other.

“So it’s kinda just the nature of the beast, but I’m in competition with myself, just trying to be the best version of me, got out there, and win games for the Chicago Bears. It’s just something that I can’t control and it is what it is. But two good guys to be in comparison with, just competing with and hopefully we just keep getting better and help the league.”

A good showing would help Trubisky’s own career narrative as he ends his third season and the Bears face a decision about this future soon as his initial contract expires at the end of the 2021 season. He’s not going to match Mahomes or Watson in 2020, since the former is headed to the playoffs and the latter is likely going as well, but finishing strong can’t hurt.

“I feel like I’ve grown in ways that don’t necessarily show up on paper and still got a long way to go,” said Trubisky when asked if he believes he’s improved as an NFL quarterback in year three. “It’s just continue to put in that hard work and just keep trying to get better. You never know when it’s going to happen for you or if it ever does, so you just keep grinding and do your best.”

Either way, the comparisons will continue, now and forever. 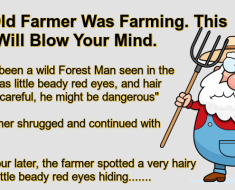