In 2015, Keia and Richardro Jones-Baldwin fostered their first child. Ayden, 8, came from a home of abuse and neglect and before the Jones-Baldwins took him into their home, he had been in eight different homes. In 2016, Karleigh, 16, became friends with Keia’s daughter from a previous relationship, Zariyah, 15.

“In sixth grade she came over for me to take her to a chorus concert and just never left,” Keia told Good Morning America.

After the couple formerly adopted Ayden and Karleigh, they were still interested in adopting another child, but preferred an older child. Then one phone call and a visit to the hospital changed their minds.

“My foster care supervisor called and said, ‘Is there any way you can go to the hospital and do skin-to-skin with a baby?’” Keia told TODAY Parents.

She jumped at the opportunity and never looked back.

“I bonded with him so quickly,” she said. “I started going there every day.”

The baby boy, Princeton, was born premature to a mother who was addicted to drugs. He weighed a pound when he was born. After he spent some time in the NICU he went to live with the Jones-Baldwins for three months.

“I think the most important thing that he brought to our family is a deeper connection on how to love without seeing color,” she told Good Morning America.

“We get a lot of stares,” Keia told TODAY Parents. “I’m frequently asked if I’m Princeton’s babysitter. … I get, ‘Why didn’t you let him stay with a family of his own race?’”

The family has been accused of kidnapping Princeton several times and has had the police called on them. One time, Keia said she had to stop her car in front of a home because she had a flat tire and when she let the homeowner know why she was in front of his house he called the police to report a stolen car and baby.

Our family grew a little in love today!! We’ve finally adopted our baby boy Princeton aka Boosie!! Welcome to your forever family we love you ❤❤❤

Despite the racism they face, the Jones-Baldwins promote love, especially on their Facebook page, Raising Cultures.

“It’s not about color. It’s just about these children needing love and support,” Keia told FOX 8. “Where ever the need is.”

What a beautiful family and an even more beautiful reason for adopting and fostering. 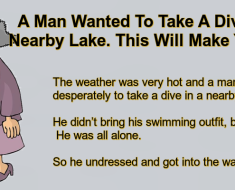