Three homeowners in Moon Township, Pennsylvania, paid the same company a total of $100,000 to build new decks in their backyards.

In the fall of 2019, Stefinie Kelley hired Matthew Walker and his son for her family’s porch and deck projects. She paid them $27,000.

Stefinie says that while progress was very slow, the Walkers kept asking her for more money.

“They’re framed, he starts them, he takes your huge middle deposit, where he’s supposed to buy the expensive decking materials, and then he barely comes back,” she told CBS.

Little did she know that just a few blocks down, her neighbor was dealing with practically the same situation with the very same company. She paid Walker nearly $14,000 and says not only is her unfinished deck incredibly unsightly, but it’s also a safety hazard.

Then there’s yet another neighbor who says he paid Walker $17,000 for a new porch and a roof renovation. He’s now on a mission to find and connect with even more victims, because now he’s one of them, too.

These neighbors are now banding together so this doesn’t happen to anyone else.

Meanwhile, the Walkers’ defense attorney has a different opinion on the matter. 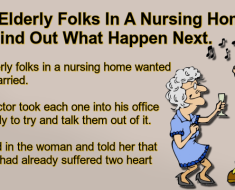