Home
Life Stories
Old Man, the Moped and the Ferrari 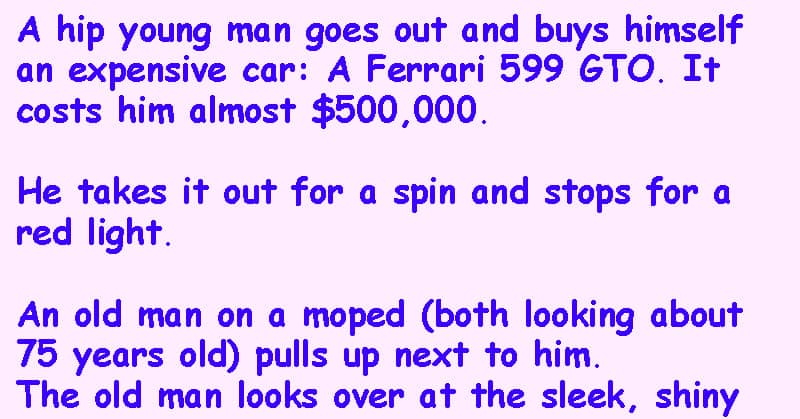 An old man on a moped (both looking about 75 years old) pulls up beside him.

The old man looks at the sleek, shiny car and asks, “What kind of car ya’ got there, sonny?”

The young man replies, “It’s a Ferrari 599 GTO. It costs almost half a million dollars!”

“Why is it so expensive?”

“Because this car is a limited edition model!” says the young man proudly.

Then sitting back on his moped, the old man says, “That’s a pretty nice car, all right!”

At this point, the light changes and the guy decides to show the old man what his car can do.

“What could be faster than my Ferrari ?!” the young man asks himself.

Then, ahead of him, he sees a dot coming toward him. Whoooooosh!

It goes by again, heading in the opposite direction. It looked like the old man on the moped! “Couldn’t be,” the guy thinks. “How can a moped outrun a Ferrari!?”

But again, he sees a dot in his rearview mirror! Whooooosh, Ka blaMMM!

The young man jumps out and it turns out to be the old man on the moped!

He runs to the mangled old man and says, “Oh my god! Is there anything I can do for you?”

The old man whispers, “Please, please … unhook … my suspenders … from your side-view mirror…” 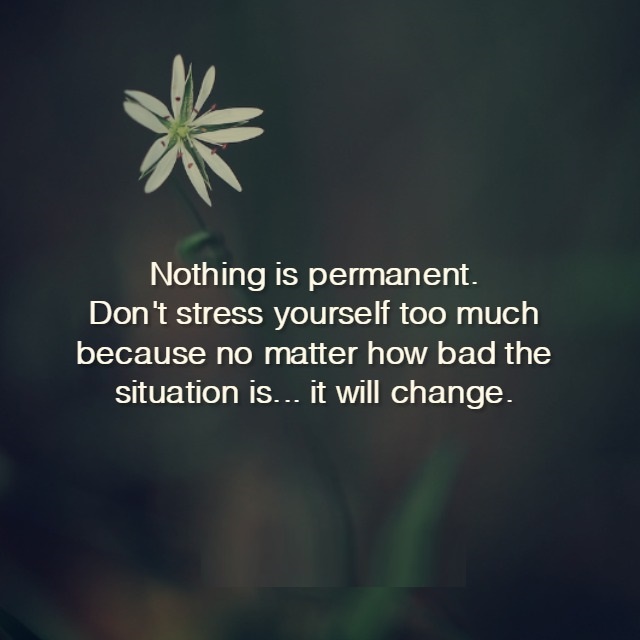