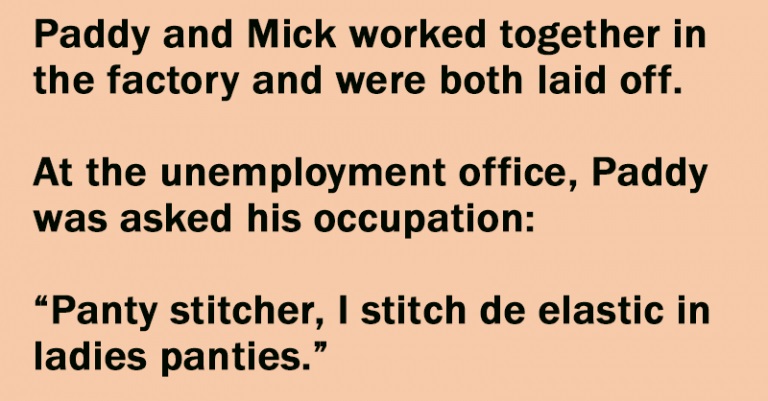 Paddy and Mick worked together in the factory and were both laid off.

At the unemployment office, Paddy was asked his occupation:

He replied. Being unskilled labour, Paddy was given 100 euros a week.

When Mick was asked the same question, he replied.

“Diesel fitter!” And since this is skilled work he was given 200 euros a week.

When Paddy found out Mick was getting 100 euros a week more than him he was furious.

He stormed back into the unemployment office and demanded to know why Mick was getting more cash.

The clerk explained that panty stitching is unskilled work, whereas diesel fitting was skilled work.

“I sew the elastic on the panties. Mick puts them over his head and says. ‘Yep diesel fitter.’”