Home
Life Stories
Pregnant Black Woman, 2 Weeks Away From Giving Birth, Gets Kneed In The Back By A Police Officer

Deja Stallings, a 25-year-old Black woman, was just two weeks away from giving birth to her daughter when she found herself in the middle of a brawl.

It all started when a security guard called 911 about a large fight outside of a gas station in Kansas City, Missouri. According to the police, Deja was arrested after she attempted to intervene.

In videos circulating on social media, Deja can be seen on the ground with an officer’s knee in her back during her arrest.

Deja said she endured physical pain and still has a bruise on her back one week after the arrest.

Dozens of protesters have been gathered at the local city hall, outraged by the video and claiming it’s yet another example of police brutality.

Seeing the video of her arrest left Deja feeling incredibly disturbed and overwhelmed.

“I cry every day because I am scared for my baby,” she said, according to CBS. “My baby girl has not even been born yet and she is a victim of police brutality. I am trying to stay strong but I know my baby is a fighter. She needs to be the last child who is a victim of the KCPD. She needs the demands of this occupation to be met.”

Many people are demanding that the KCPD police officer who kneed Deja in the back be fired — but as of this writing, he is still on duty as a full-time officer.

In the days following her arrest, Deja arrived at a rally for police reform to speak out about the incident, but after just a few words she was too emotional and distraught to speak.

The case is currently being reviewed by prosecutors to see if any charges will be filed against the arresting officer.

Please Share On Facebook/Pinterest Pregnant Black Woman, 2 Weeks Away From Giving Birth, Gets Kneed In The Back By A Police Officer Clicky News LittleThings. 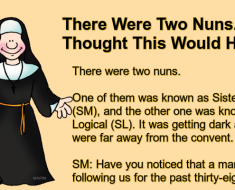