Most girls dream of their wedding day for many years before it actually takes place.

A pristine white dress, all of your friends and family gathered, the chance to pledge your undying commitment to the person you love most in the world. There’s a reason weddings have always been so special, so sacred.

Of course, very few envisage something going wrong, much less that their wedding day will be their last on earth.

Sadly, for 30-year-old Jessica Guedes it was just that. The bride-to-be was six months pregnant when the time came to tie the knot, and appeared to be in good health right up until the big day.

Yet she began to feel ill during the limo ride to the church, sparking a chain of truly tragic events.

All appeared to be going right for Jessica Guedes. She was six months pregnant and enroute to the church where she would marry her lover in São Paulo, Brazil.

In the car, however, Jessica reportedly complained of dizziness and pain in her neck. Her family put it down to anxiety; after all, it’s not strange to get pre-marriage nerves.

It transpired Jessica was instead suffering from preeclampsia, a rare condition that affects around just one percent of pregnant women.

Jessica’s fiancé, 31-year-old firefighter Lieutenant Flavio Gonçalvez, was already at the altar waiting for his bride-to-be. A relative then ran into the church to tell them that Jessica had passed out in the car. 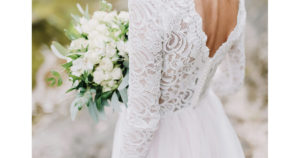 Speaking to Brazilian magazine Crescer, Flavio said: “I was worried because I was waiting for her at the altar and she was taking ages to come in. A cousin of hers ran down the carpet and told me that she had passed out.

“I opened the car door and she was lying down but regained consciousness to talk to me. I said to her, ‘Baby, I’m here.’ She replied that everything was fine, but that she had a severe pain in the back of her neck. At that moment, I became a rescuer, as I have been for seven years with the Fire Department.

“I took her out of the limo, started first aid and asked for help from my firefighter friends who were there as guests.”

Rushed to hospital
Jessica was immediately rushed to a maternity hospital, though she was soon transferred to the private Pro Matre Paulista Maternity Hospital when the severity of her condition became clear.
As per the medical report, Jessica had suffered a stroke due to the preeclampsia. The ensuing internal bleeding meant surgeons were forced to remove her uterus.

The medical team had no option but to perform an emergency caesarean section in a bid to save the 29-week-old baby’s life. Jessica, who had been declared brain dead, passed away after the operation. 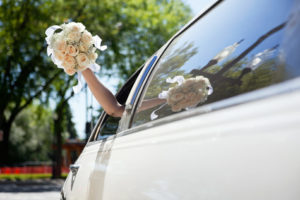 Her baby girl, meanwhile, remains in intensive care, and will likely stay in hospital for another two months.

Flavio said: “Jessica was a really cheerful person who loved life, an enlightened and strong being of light. I was so looking forward to becoming her husband and becoming a father. I will be strong and I will not weaken in the face of adversity.
“The love of my life taught me how to respect and treat a woman well so that I could learn how to take care of our daughter.”

My heart goes out to Flavio and the rest of Jessica’s family. The world can be a bitterly cruel place sometimes, and it’s stories like this that best remind us never to take anything or anyone we have for granted.

Please share this article to honor her memory and send prayers.